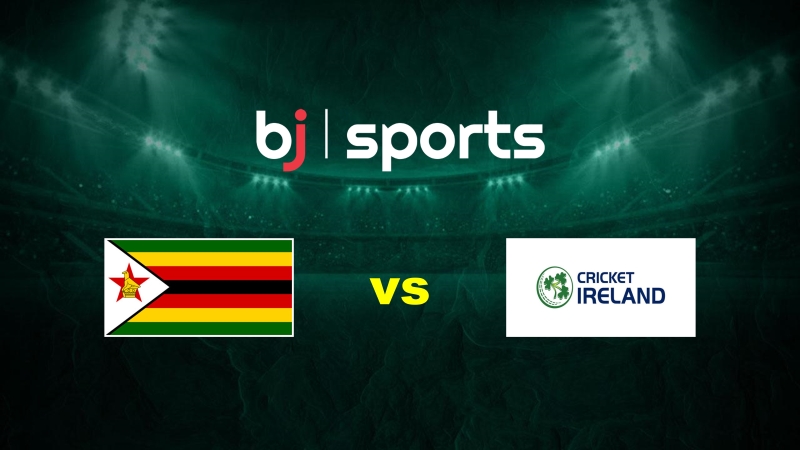 On Wednesday, Zimbabwe grabbed a 1-0 lead in the three-match series; on Saturday, they play Ireland at the Harare Sports Club in the second ODI match. Zimbabwe completed their 214-run goal from 37 overs in the opening game, which was halted by rain, with no balls remaining. In Harare, this game begins at 09:15 local time.

Zimbabwe now seems like a side that will be able to compete with all teams in all situations after suffering for a while in this format. They will be extremely difficult to defeat at home in Harare.

Ireland has now suffered narrow losses in three of their previous four one-day internationals. They are really close to turning those losses into victories.

The weather in Harare is predicted to be very similar to that of the first ODI. It would be surprising if no overs were lost due to inclement weather gave the amount of cloud cover that will be there.

This surface has something to offer batsmen, spinners, and quick bowlers. As a result, we anticipate that the par score in this ODI will be close to 280.

The Irish players and the media were left in the dark about who they would be playing because Zimbabwe didn’t reveal their roster until the day before the first game of the series. While Sean Williams and Blessing Muzarabani are anticipated to miss the series due to injuries, Gary Ballance was able to play in the opening ODI after recovering from a concussion.

Andy Balbirnie, the team’s captain, will be replaced for the remainder of the series by 26-year-old left-handed batter Murray Commins, who will make his international debut in this game. The team’s captain will be Paul Stirling.

Since these two sides have played each other in a variety of formats over the years and in many close games, we anticipate that this ODI will be another exciting encounter. In the second innings, it can be more difficult to bowl and field due to the rain, which may potentially be a role. Both teams have players who are on fire, therefore we anticipate Ireland to challenge Zimbabwe all the way to the final. However, we anticipate Zimbabwe to win this ODI and take a 2-0 series lead.