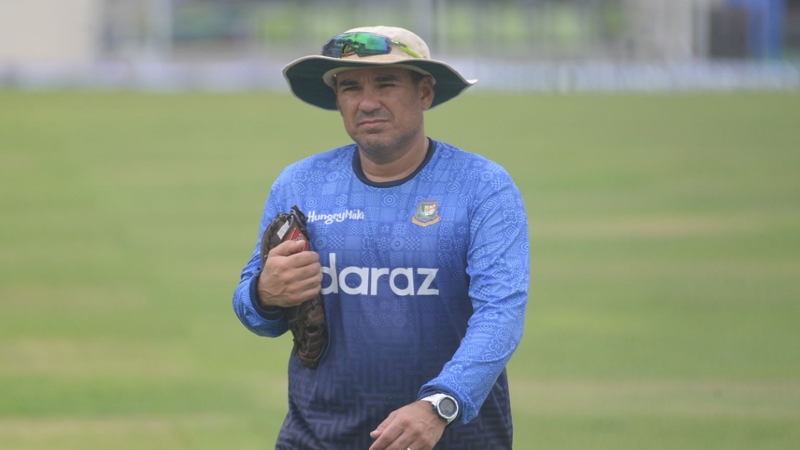 For the past few days, the head coach of Team Bangladesh, Russell Domingo, has been more talked for issues off the field. Meanwhile, Domingo gave an explosive interview to a first-class newspaper in the country.

He spoke a lot about BCB and cricketers in that interview. Since then the talk of the country has been cricket and Domingo. BCB is looking at that interview as a violation of the code of conduct  The Bangladesh Cricket Board cannot accept this behavior of the coach. Therefore, the board has also decided to seek an explanation from Domingo for such behavior.

Jalal Yunus, head of BCB’s cricket management department, said, “Domingo’s behavior is not desirable. I have informed the president. He should be given a notice. But not a show cause notice, he has to clarify the issues. We will look into the matter and then take a decision on it.”

In the discussed interview, Domingo claimed that the cricketers are always asked to keep under pressure by the board officials. However, Jalal denied this complaint of the coach. He told the media persons, “I do not talk to any cricketer during the series.”

BCB released Domingo from the coaching duties of T20 team. Currently his responsibility is only in ODI and Test team. Even without Domingo, Bangladesh will play Asia Cup and T20 World Cup. Meanwhile, the country’s media suddenly began to hear that Domingo had resigned. Later, however, he confirmed from South Africa that the resignation was all rumours. Those concerned believe that the coach will be asked to explain his explosive interview when he returns to Bangladesh.