Bairstow responded to Kohli’s sledging with the bat 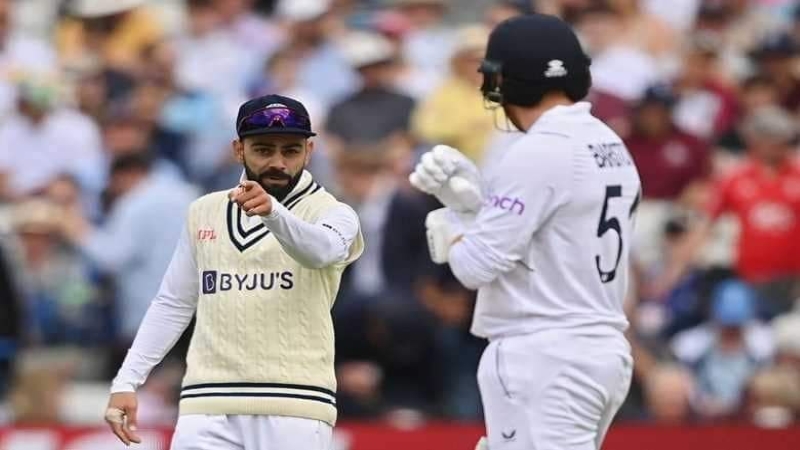 The canceled Test match between India and England is underway in Edgbaston, Birmingham. The Edgbaston Test has already become exciting. Even rain stopped play for sometimes, the heat doesn’t seem to stop. Although the weather is cold after the rain, the weather in Edgbaston is spreading more heat. The fact is that during the third day’s play, former India captain Virat Kohli was sledged by England wicketkeeper-batsman Johnny Bairstow. As a result, one can easily guess what situation was created in Edgbaston.

Bairstow, who was tough against the Kiwis, had to pick up some momentum to handle the Indian fast bowlers. Just then, Kohli started the Mind Game to put more pressure on Bairstow. The real incident took place in the 33rd over of the third day. At that time, Bairstow and Kohli got involved in an alteration.

At one stage, the former India captain even threatened the English batsman by saying ‘bat quietly’. The field umpires also have to come forward to stop the alteration between the two. Meanwhile, English captain Ben Stokes also requested the two to remain calm.

Bairstow seemed to get more tempted in Kohli’s case. At first, the cricketer collected only 13 off 60 balls. Then England’s wicketkeeper-batsman took on the form of a Lion. Starting from 13 off 60 balls, he completed his half-century with 81 balls. Then Bairstow became angry with the Sami-Bumrah and started beating them. He picked up the 11th Test century of his career with 119 balls.

Former India opener Virender Sehwag tweeted on social media about Kohli sledging Bairstow. There he wrote, ”Before Kohli’s sledging, Jonny Bairstow‘s strike rate was 21. And after sledging, the strike rate went up to 150. Bairstow was playing like Pujara, Kohli made him like Panth by sledging. ‘