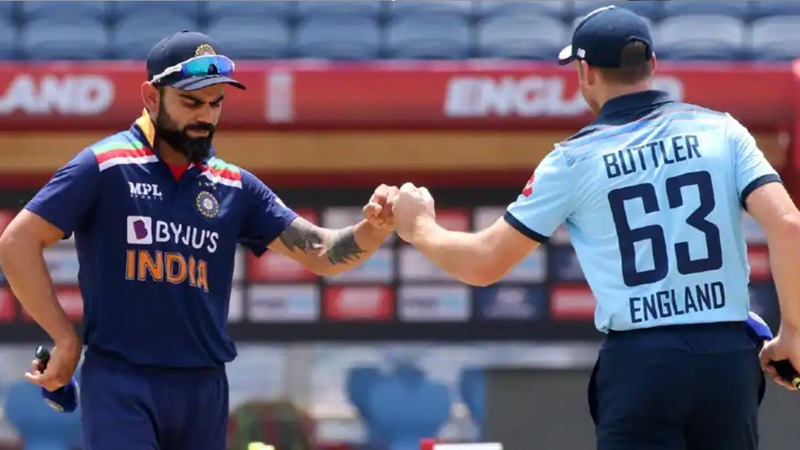 Virat Kohli, the poster boy of Indian cricket, once had a great time in twenty-two yards of the field. He established his name all over the world with his beautiful batting in a short span of time. Kohli entering the field meant creating some new records. Or break an old record and make it his own. But recently, Kohli is seeing the other side of the coin.

It has been almost three years without a century with the bat. The former Indian captain has reached the point of being dropped from the team due to run drought. However, English captain Jos Buttler praised Kohli’s superiority and said, Kohli has now at least come down to the ranks of people! It is understood that Kohli is also human.

The tide of Kohli’s runs first came with a century drought. Even if he got runs, he could not get a century. Gradually that has now taken shape in formlessness. His fifty in the last 12 Test innings is just one, and he played an innings of only 16 runs in the last ODI against England. However, the English thought about Kohli did not decrease at all.

Speaking about Kohli recently, Buttler said, ”I think it’s exciting for the rest of us that he’s human and can get out in some matches too. But look, if he is not the best in ODIs, he is still one of the best. ”

He has been an outstanding cricketer for many years. With him proving once again, batsmen’s such form comes when he can’t perform as well as he does. But as an opposing captain, I know for sure that a batsman of his calibre deserves a big innings, and I can only hope that it does not come against us.”

Buttler is quite surprised by the discussion in the cricket community about the former India captain. He said, ”Yes, incredibly surprised. His record speaks for him. After all the matches he has won for India… Why was the question raised about him? ”