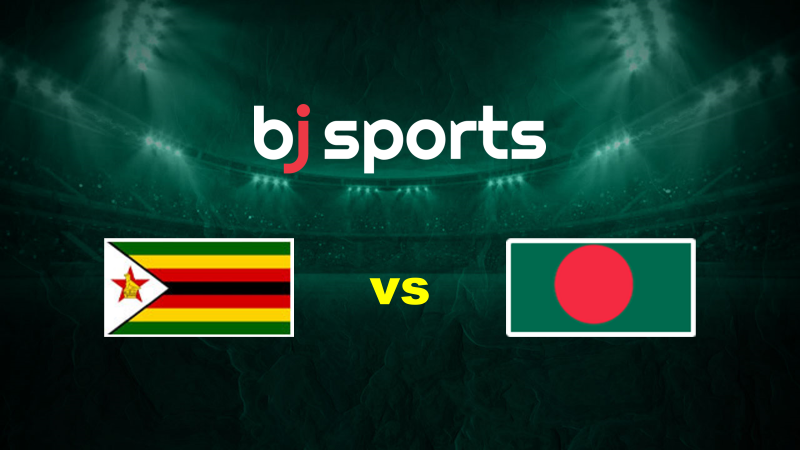 On Tuesday afternoon at the Harare Sports Club, the third and final game of the three-game IT20 series between Zimbabwe and Bangladesh will be played. Zimbabwe won the first game on Saturday by a score of 17 runs, but Bangladesh came back on Sunday to win by seven wickets. The game will start around 13:30 local time.

Only one of Zimbabwe’s top six hitters reached double digits in the game on Sunday due to their offensive struggles. The hosts will be a threat in this game if they can lay down a stronger platform at the start of the innings.

On Sunday, the Tigers returned to winning ways in the IT20s. Key players put on some impressive performances, and they can all do the same in this third and final game of the series.

There are no prospects of rain in Harare’s sunny climate. We don’t anticipate any weather-related play-stoppages during this match.

If either captain wins the toss, we anticipate that they will both choose to bat first because the used nature of the pitch may cause it to slow down in the second innings.

If the same pitch is utilized again, the bowlers might anticipate extra assistance from the surface. The average scores should be in the 150–160 run range.

Due to Wesley Madhevere passing a last-minute fitness test, the host team was able to field an unchanged lineup for the second IT20. Even though they lost on Sunday, they haven’t suddenly turned into a horrible team, and we predict they won’t change for the series’ penultimate game.

From the game on Saturday to the one on Sunday, the Tigers made two lineup adjustments. Shoriful Islam and Nasum Ahmed were removed from the team, and Mahedi Hasan and Hasan Mahmud were added to the starting XI. Nurul Hasan, the team’s captain, and wicketkeeper suffered a finger injury in the second game and will likely be replaced by Pavez Hossain Emon, with Liton Das serving as the new captain.

Bangladesh are the favorite to win this match.

Given that the series is on the line and both teams have already experienced triumph at the Harare Sports Club, this game has a good chance of being a classic. The hosts will always have a chance because Sikandar Raza is in such great form with the bat, but we believe Bangladesh will be too strong and will win to end the series.