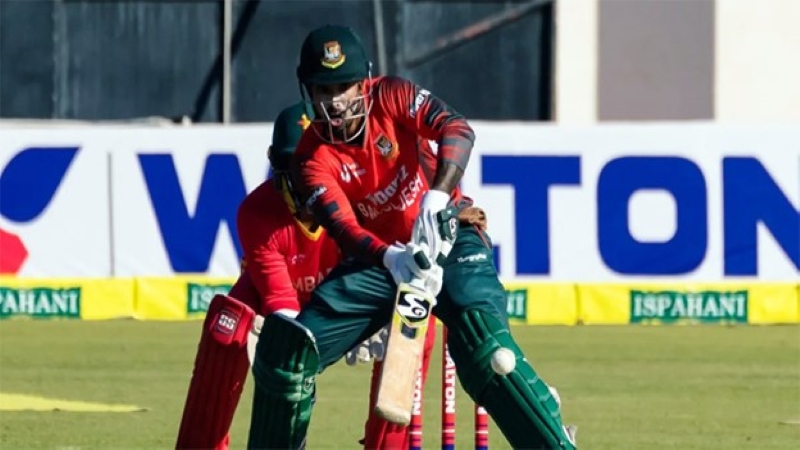 On Sunday, in the second of the three-match T20I series, Zimbabwe and Bangladesh faced each other. In the 1st match, Zimbabwe won by 17 runs against Bangladesh with an excellent combination of batting and bowling. But the Tigers won by 7 wickets in the 2nd match in Harare due to excellent bowling. Bangladesh brought back parity in the series with this victory.

The Bangladesh team lost the toss again at the Harare Sports Club ground and the Tigers went for fielding earlier. For the second consecutive match, the host’s Zimbabwe won the toss and elected to bat first.

In the second match too, they lost the toss and fielded first. However, Captain Nurul Hasan Sohan did not start the attack with the pacer this time. Brought the spinner. He handed the ball to Mosaddek, not the regular spinner Mahedi Hasan.

Mosaddek attacked the Zimbabweans like never before. Zimbabwe lost two batters in the first over. Mosaddek dismissed opener Regis Chakabva on the first ball of the innings. Chakabva hit a golden duck and left the field.

Then Mosaddek forced Wesley Madhevere to be caught by Mahdi Hasan at the cover point in the last ball of the over. The second wicket fell at 5 runs. He scored 4 runs off 5 balls. Mosaddek’s brilliant bowling was unstoppable.

Came to bowl in the second over, and he struck Zimbabwe again. In the third ball of the third over of the innings, Zimbabwe’s second opener and Captain Craig Ervine lost his wicket to Mosaddek. He was out for just 1 run.

Came to bowl in the fifth over of the innings, Mosaddek returned Sean Williams to the dressing room. William got out with 8 runs from 7 balls. Then he came to bowl in the seventh over and took the wicket again. This time Milton Shumba took the way to the pavilion. He scored 3 runs off 8 balls. With that, Mosaddek became a 5-wicket hunter for the first time in his career.

Then Ryan Burl scored 32 runs off 31 balls with 3 fours. Wellington Masakadza scored 6 runs off 6 balls. Luke Jongwe remains unbeaten with 11 runs off 5 balls. Raja scored 62 runs off 53 balls with the help of 4 fours and 2 sixes. Zimbabwe set a target of 135 runs depending on his runs.

Mosaddek took 5 wickets for 20 runs in 4 overs for Bangladesh. Besides, Hasan Mahmud and Mustafizur Rahman took one wicket each.

The target is 136 runs. There is not much pressure on Bangladesh batters this time. Still, Munim Shahriar could not take advantage. Failed once again. Liton Das got off to a stormy start in the opening. As a result, a pair of 37 runs came from 27 balls. But Munim was bowled by Richard Ngarava after scoring 7 runs off 8 balls.

Liton Das’s terrific form continues. This batsman, who has become one of the symbols of consistency in the Bangladesh team, picked up the sixth Twenty20 fifty of his career in just 30 balls. Played very confidently. But Liton made a mistake while sweeping Sean Williams’s ball, and was trapped in lbw. Liton’s innings were 56 runs from 33 balls with 6 fours and 2 sixes.

Bangladesh lost another wicket after three balls. This time Anamul Haque Bijoy (15 balls 16) became the victim of Sikandar Raza. But after that, Nazmul Hossain Shanto and Afif Hossain did not let the team fall into any danger. They made an unbroken pair of 55 runs off 48 balls for the 4th wicket. Afif remained unbeaten on 30 runs off 28 balls and Shanto remained unbeaten at 19 off 21 balls. They left the field after the victory.

Player of the match – Mosaddek Hossain 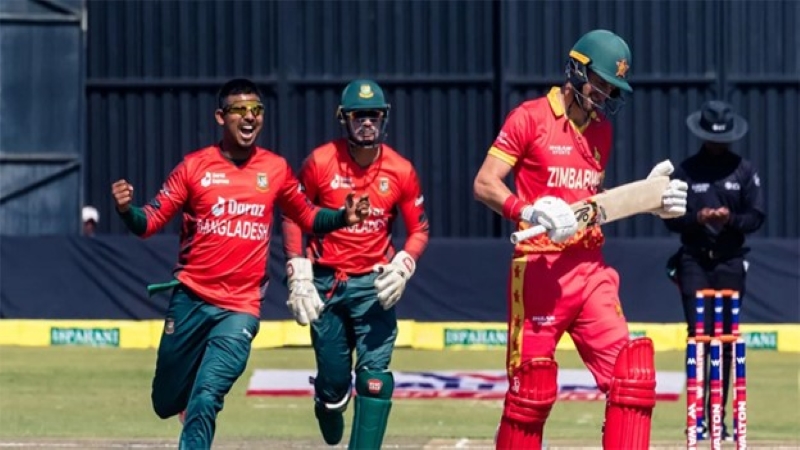