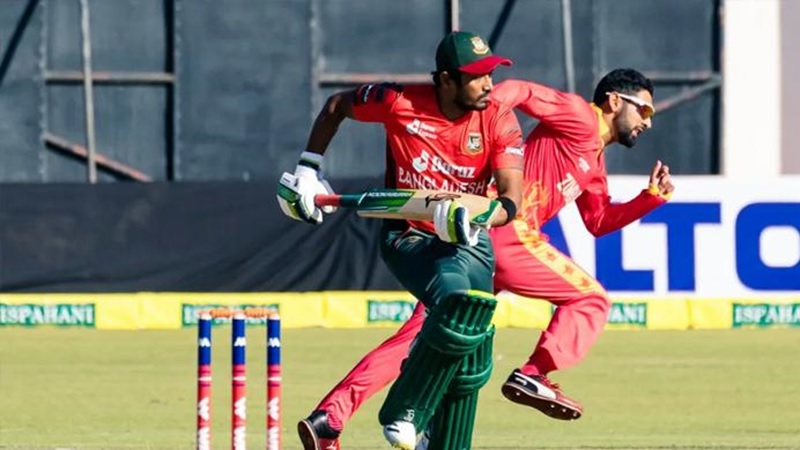 On Saturday, in the first of the three-match T20I series, Zimbabwe and Bangladesh faced each other. Zimbabwe beat Bangladesh by 17 runs at Harare Sports Club, Harare, thanks to Zimbabwe’s excellent batting and bowling combination. At the same time, Zimbabwe took a step towards winning the series by winning this match.

Nurul Hasan Sohan was not lucky in the opening match of his captaincy career. Under Sohan, the new-look Bangladesh team lost the toss and fielded first in their first match.

Craig Ervine created the possibility of becoming dangerous in front of Bangladesh. Mosaddek bowled him back to the dressing room in the first ball of the seventh over. The ball was a bit fast. Ervin wanted to play inside with his back foot. But because of the speed, he missed the ball and got bowled out. He scored 21 runs off 18 balls with the help of 2 fours.

While Ervin was dismissed for 21 runs, Wesley Madhevere and Sean Williams were forming a dangerous pair for Bangladesh. When Sohan could not break this pair even after using every bowler, Mustafizur Rahman made him happy. The cutter master took the wicket of Sean Williams at the team’s 99 runs. This Zimbabwean middle-order batsman returned with 33 runs off 19 balls. He hit 4 boundaries and a six.

The huge target of 206 runs. The Tigers could not start as they should have done. The Tigers were not batting nicely, on the contrary, they were losing wickets. Liton Das and Munim Shahriar came to open for Bangladesh. They took 5 runs in the first over. Munim left for the Dressing room in the second over. He scored 4 runs in 8 balls.

In the seventh over, Liton gave a catch to Sean Williams. It was not a catch, as he left the crease, and Williams ran out Liton on that occasion. Liton’s stormy innings of 32 runs off 19 balls and 6 boundaries ended in a foolish out.

He started slowly. Anamul Haque Bijoy scored 20 runs off 25 balls. Then he tried to open his hand. He got out while hitting the 5th ball of the 10th over of the innings. Bijoy returned to the dressing room with 26 runs off 27 balls.

After two overs, Afif Hossain was also dismissed by his own mistake (10 runs from 8 balls). After captain Nurul Hasan Sohan came to the wicket, Bangladesh’s hope of victory arose. Sohan made a stormy partnership of 40 runs in 20 balls with Nazmul Hossain Shanto. The pair broke while Shanto pulled the ball straight into the sky. Shanto was a victim of Luke after playing a stormy innings of 37 runs off 25 balls with 3 fours and 1 six. Besides, Mosaddek Hossain scored 13 off 10 balls. Captain Nurul Hasan remained unbeaten with 42 runs off 26 balls. In the end, the Tigers were bundled out for 188 runs.

Player of the match – Sikandar Raza 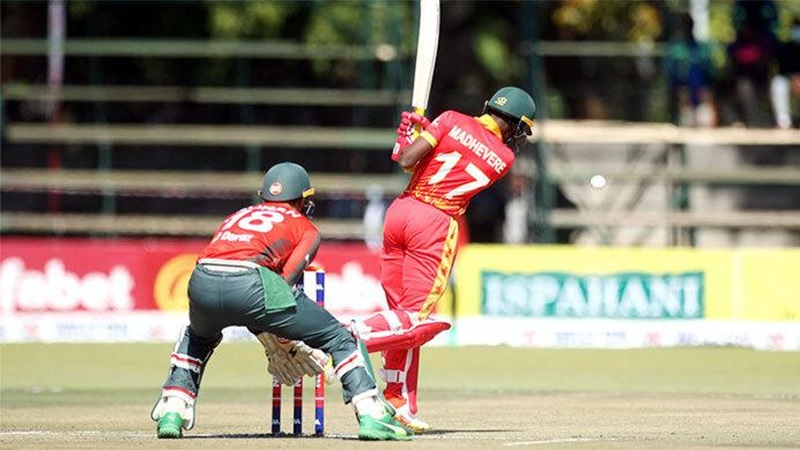