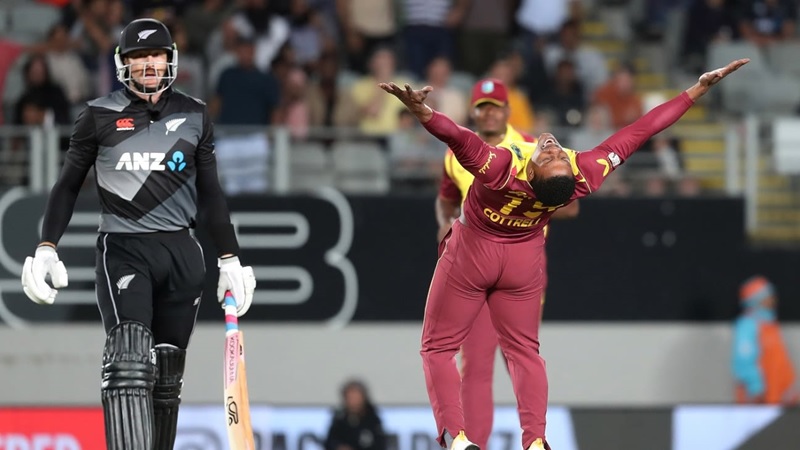 Yesterday, West Indies and New Zealand faced off in the 3rd match of the three-match T20 series. Batting first, New Zealand built a fighting capital and threw the target to the West Indies. But they took away the match with a win, with 1 over left on hand of the scheduled 20 overs. As a result, the Caribbean avoided a whitewash. Brandon King won the man of the match award for West Indies. On the other hand, Glenn Phillips won the man of the series award.

West Indies had already lost the series after losing the first two matches. The last match of the series against New Zealand was their mission to avoid a whitewash. Apart from the regular captain Nicholas Pooran, the Caribbean was led by Rovman Powell, and they succeeded in that mission.

Host West Indies beat New Zealand by 8 wickets at Sabina Park in Jamaica on Sunday night. After winning the toss and batting first, New Zealand stopped at 145 after losing 7 wickets. In response, the Caribbean reached the port of victory after losing only 2 wickets with 1 over left.

In the match’s first innings, no one played well for New Zealand except Glenn Phillips. Martin Guptill left the field on the 5th ball of the 3rd over. He scored 15 runs off 13 balls with 1 four and 1 six. After Mitchell Santner left the field, he scored 13 runs off 11 balls with the help of 2 fours. Devon Conway scored 21 runs off 17 balls. Captain Kane Williamson scored 24 runs off 27 balls. He had 2 fours in his collection.

Glenn Phillips scored 41 off 26 balls with four fours and two sixes. He had to leave the field after being caught out by Odean Smith. Daryl Mitchell scored 14 runs off 16 balls. Besides James Neesham (6), Michael Bracewell (3), and Ish Sodhi (6) no one can score more than 10.

Chasing the target of 146 runs, Brandon King and Shamar Brooks added 102 runs to the opening pair. Brandon King was caught out on the 1st ball of the 14th over. King left the field after scoring 53 runs off just 35 balls with 4 fours and 3 sixes. After that, Devon Thomas returned to the dressing room at number three, scoring 5 runs off 5 balls.

There was no problem with that. Because after that, they did not lose any more wickets. At number four, new Captain Rovman Powell hit two fours and sixes to ensure the team’s victory. He scored 27 runs off 15 balls. That’s why another opener Shamar Brooks batted slowly, but for this reason, the Caribbean did not get any problem winning the match. Brooks remained unbeaten on 56 off 59 balls. His collection included 3 fours and 2 sixes. After that, the West Indies team won easily with 9 runs extra.

Player of the match – Brandon King

Player of the Series – Glenn Phillips 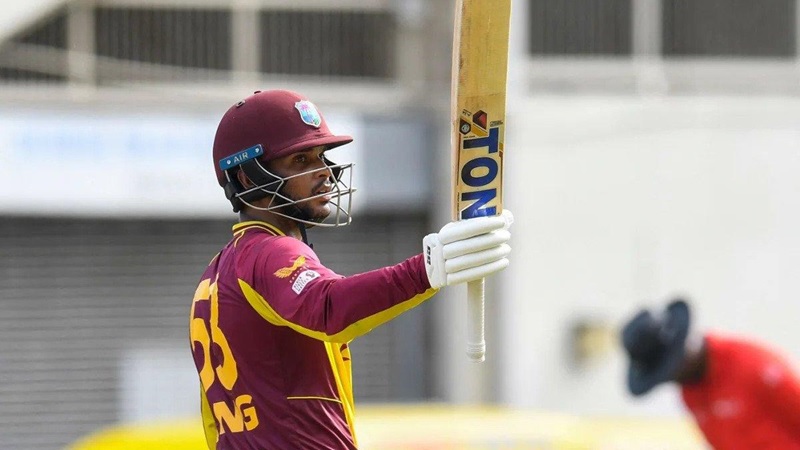