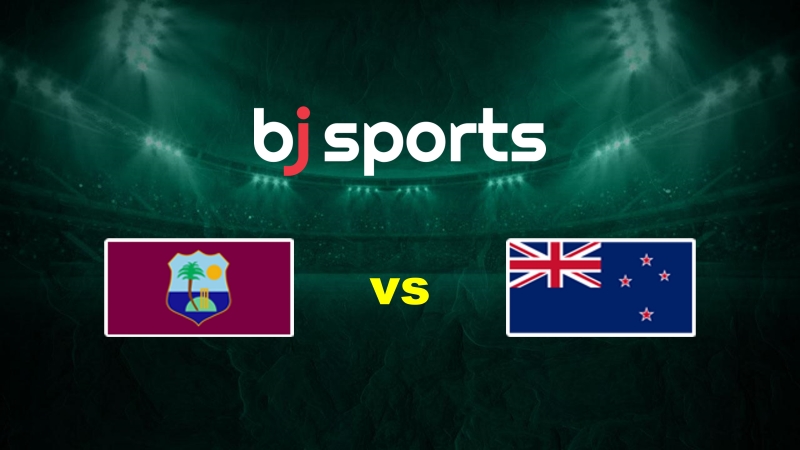 On Friday afternoon in Barbados, the second of three one-day international matches between the West Indies and New Zealand will be played at the Kensington Oval in Bridgetown. On Wednesday, West Indies defeated their 191-run goal with 11 overs remaining to win the series’ first game by five wickets.  At 14:00, the 2nd game will begin.

In cricket, form and momentum can shift very fast, and West Indies have unexpectedly defeated New Zealand twice in a row. If they want to win three straight games, they will have to perform at their highest level once again.

Although they didn’t play badly on Wednesday, New Zealand missed many excellent opportunities. They have a lot of experience, so we anticipate a stronger performance from them in this match.

There will be clouds in the sky, and rain is 50% likely. 26 to 30 degrees Celsius will be the temperature range. It will blow 15 to 30 kilometers per hour out of the southwest.

The team batting second has won four of the last five games. The toss winner should take the field first.

The pitch aids spinners in their efforts. A low-scoring contest is very likely to occur.

Kevin Sinclair, a 22-year-old off-spinner, and Yannic Cariah, a 30-year-old leg-spinner, made their ODI debuts for the home team in the first game of the series. The only pace bowlers in the lineup were Jason Holder and Alzarri Joseph, although neither will need a break after Wednesday’s victory.

Lockie Ferguson is likely to sit out this game. In order to preserve his fitness before the T20 World Cup, he frequently sits out back-to-back games. On Wednesday, he was expensive with the ball. We assume that Ish Sodhi, a spinner, will join the squad to take Ferguson’s place.

Even though ODIs are a much lengthier format than IT20s, a game may still be won with just one strong performance. In the first game of the series, Shamrah Brooks delivered that, so it will be intriguing to watch who does so on Friday. Overall, we believe that New Zealand will prevail.