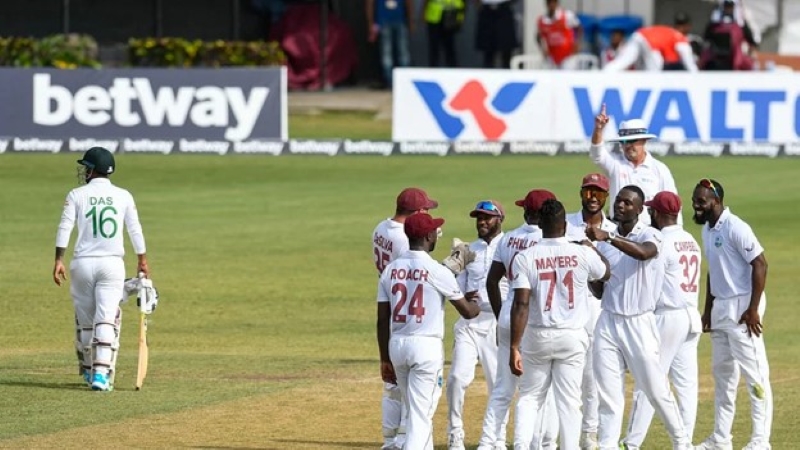 Bangladesh team is on the verge of defeat again due to the failure of the batters. Despite avoiding an innings defeat in the first match in Antigua, the same worries are there again in the second match in St. Lucia. With just 4 wickets in hand, the visitors will have to score 42 more runs to avoid an innings defeat.

Bangladesh scored 132 runs for 6 wickets in their second innings at the end of the third day of the match. Shakib Al Hasan’s team got all out scoring 234 in the first innings. Later, the host West Indies put up a big collection of 408 runs and got a lead of 174 runs. A big challenge for Bangladesh is now to cross this lead.

West Indies started the third day’s game with 340 runs for 5 wickets. The lead for the Windies was 106 runs at the end of the first day. Mehidy Hasan broke the 96-run partnership of the Caribbeans at the beginning of the day. Joshua Da Silva, who scored 29 off 115 balls, was finally got out with an lbw by the Tiger offspinner.

Khaled could finally show Kyle Mayers the way to the dressing rooms after the rain stopped. Mayers was forming one pair after another before being out. After losing 4 wickets for 132 runs in West Indies, the century-maker made a good pair of 116 runs with Jermaine Blackwood for the fifth wicket.

After the tie was broken, Mayers made great resistance with Joshua in the last session of the second day. The pair also came close to a century partnership on the sixth wicket. But in the end, Mayers returned to the pavilion with 146 runs from 208 balls with 18 fours and 2 sixes.

Anderson Phillip was out for 9 runs. Khaled got the wicket of Jayden Seales (5) with a catch by Nurul Hasan as the last batsman to wrap up the Caribbeans’ innings. Kemar Roach remained unbeaten with 18 runs. At the same time, the hosts got a lead of 174 runs with a mammoth collection of 408 runs.

After coming down to bat in the second innings from 174 runs behind, Tiger opener Tamim Iqbal (4) returned to the dressing room after falling victim to Kemar Roach for the team’s 4 runs. Then Mahmudul Hasan Joy tied the knot with Najmul Hossain Shanto. But after hitting the boundary in the second ball of the 7th over by Roach, Joy went to block his inswinger ball and edged it.

The ball went to Blackwood in the third slip and the fielder didn’t make any mistake there. Joy was out for 13 runs as a result of that. Anamul Haque became the third victim of Kemar Roach for the team’s 32 runs. He became lbw with Roach’s great delivery scoring just 4 runs. It was raining and the game stopped at that time as soon as Anamul was out. The fate of Bangladesh did not change when the game resumed after the rain got stopped.

Liton Das, who has been in great form since the beginning of the year, returned to the dressing room with 16 runs, while Shakib got stopped with a personal 19 runs. Fifty’s hopes were raised after playing well but Shanto was dismissed for 42 runs in the end. As a result, the Bangladesh team has lost its six batsmen from the first row and is in great trouble.

Today (Monday) on the fourth day of the match, Nurul Hasan and Mehidy Hasan will start batting in the mission to avoid an innings defeat. Nurul is unbeaten on 16 off 14 balls and Mehidy is unbeaten on zero off 13 balls. 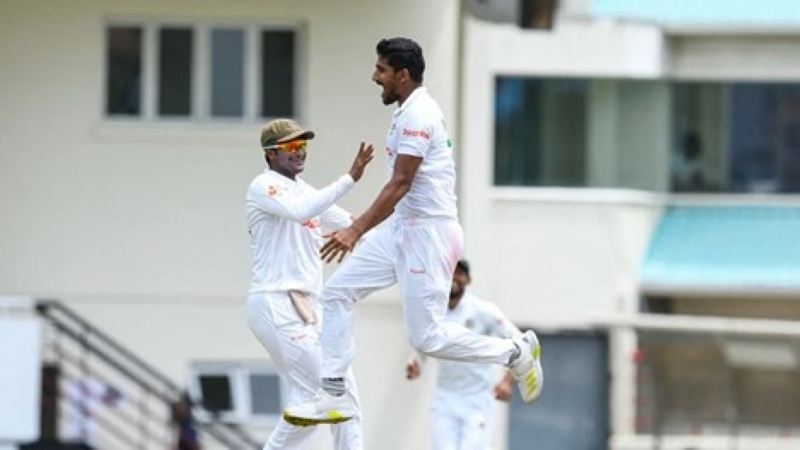