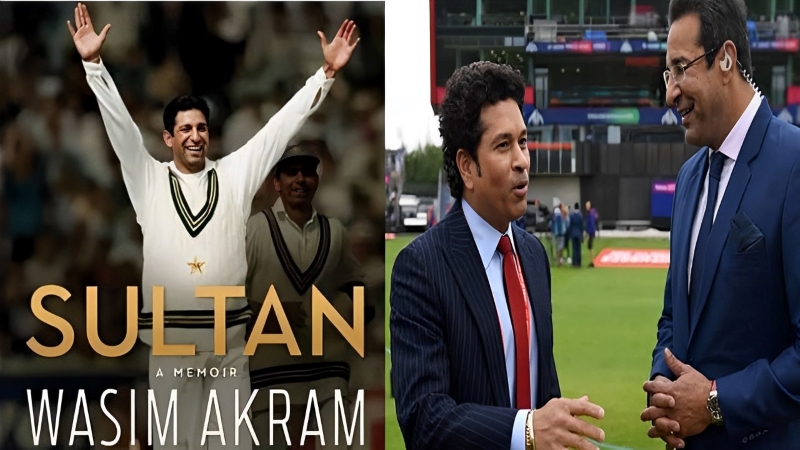 Recently, Akram’s autobiography ‘Sultan: A Memoir’ was published. In the bat-ball team fight in cricket, Akram could literally make the cricket ball speak. Playing against a bowler like Wasim Akram will be a great experience for a batsman, like Sachin Tendulkar. In his biography of Wasim Akram, Sachin wrote that he could give his best because of the exceptional bowling action. Sachin Tendulkar praised the talent of this Pakistani cricketer.

Appreciating Akram’s skills, Sachin wrote, “Cricket is a team game, it is a battle of batsman and bowler in 22 yards of the field. Wasim Akram was an outstanding bowler in his cricket career, he is a great rival to every batsman in the field. He has taken bowling to another level, his Playing against a cricketer like him will be a good game as well as learning a lot. Wasim Akram was a master, the cricket ball in his hands spoke. He is one of the legends of the game. I have some great memories with him on the field.”

According to Sachin, Akram used to run so fast in his cricket career that it was difficult to be prepared against him. About Wasim Akram’s run-up, Sachin also said, “His run-up in 22 yards of the field was very natural. He was an exceptional bowler, he did not measure his run-up with his feet like other fast bowlers, but ran instinctively. He was a very effective bowler even when running from any end of the field. He used to run so fast that it was very difficult to get prepared. Playing Wasim Akram was a different experience in my life, when I first faced him, I had never faced a bowler like him. Every time, in the 22 yards of the field, we’ve played against each other, it’s been a great experience, we’ve always had a great friendship off the field.”

These two legends have set many precedents at different times in their playing career. Wasim Akram became the first bowler in the history of cricket to cross the milestone of 500 wickets in ODI cricket. He is still the highest wicket taker in this format of cricket. Meanwhile, the legendary Sachin Tendulkar has also set a precedent that is almost impossible to break. His number of centuries in international cricket is 100 in Test and ODI. So far no one has been able to break it. Apart from cricket on the field, and despite the political tension between India and Pakistan, the relationship between these two cricket legends is still great. The friendship between the two is being appreciated in the cricket world.