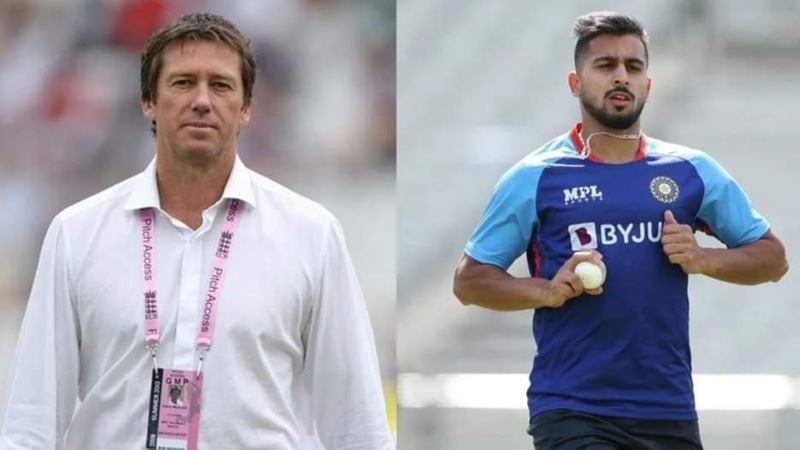 The former Aussie star is impressed with the speed of this rising Indian pacer. McGrath feels that bowling at a regular speed of 150 kilometres per hour is not an easy task, and Umran has that skill. However, McGrath also believes that success in cricket is not possible with speed alone.

McGrath said, ”I have not seen Umran bowl too much. No one can be taught to bowl at 150 kmph like him. This is his natural ability. I am not in favour of slowing down to bring control. Instead, control over the ball should be increased while maintaining speed. For that he has to work hard. ”

In essence, McGrath advised Umran not to slow the ball down. Meanwhile, Umran, who played two T20 matches for India, gave 98 runs. After that, he did not get a chance in the team for the tour of West Indies and Zimbabwe. However, McGrath sees Umran’s future as bright. He said that success will come only if the control can be increased while maintaining the speed.