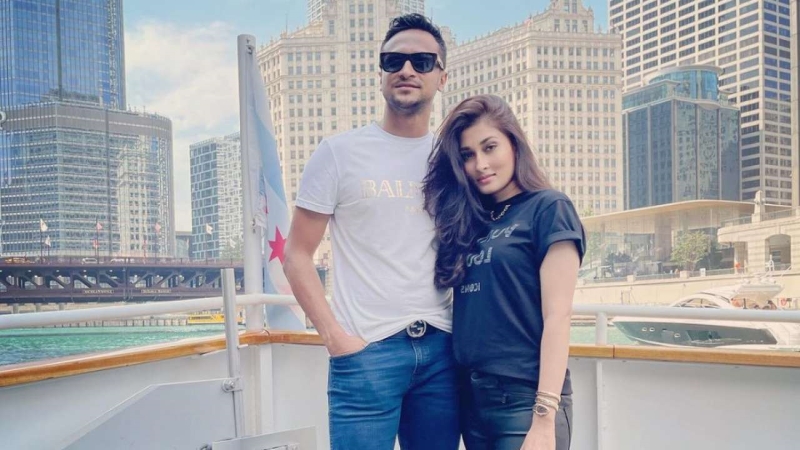 Shakib Al Hasan going to the Asia Cup or not? There has been speculation about this for the past few days. Finally, on Thursday afternoon, the wavering ended. Shakib finally canceled the controversial deal with the subsidiary of online betting site Betwinner. Bangladesh Cricket Board (BCB) had strong objection to this.

The ‘talk of the country’ was the Shakib-BCB cold war from Thursday morning till night. After a day of extreme drama, when Shakib announced his withdrawal from the contract, Shakib’s wife Umme Ahmed Shishir brought the matter back to the discussion with a mysterious status on Facebook.

Shishir posted a smiley emoji on his official Facebook page. And with that, Shakib’s wife poured new ghee on the burning fire.

Discussion-criticism continued throughout the night about the status of Shishir. Which still exists. Many people are reacting and commenting on Shishir’s status.

The question of the country’s cricket lovers – What did Shakib’s wife really want to convey with the smiley emoji? However, netizens think that Shishir wanted to explain something by referring to BCB. Many people think that Shakib was sarcastic about the matter because he was forced out of the contract in this way.

But these are all speculative comments. Because Shishir herself did not comment on that status. However, when the settlement agreement was reached in the Shakib-BCB war, Shishir, the wife of the world’s best all-rounder, created new issue for the cricket lovers with a status on Facebook from far away USA.