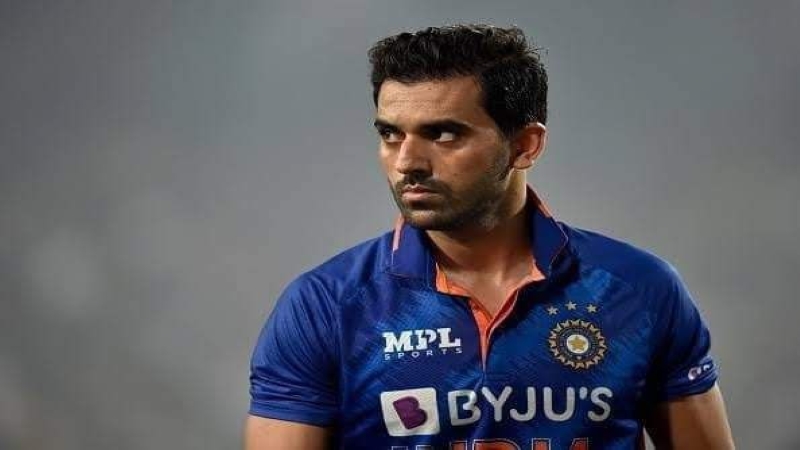 Even before the T20 World Cup team announcement, India has been receiving bad news one after another. In the beginning, Ravindra Jadeja, the important all-rounder of the team, was injured during the Asia Cup and left the field for a long time. Jasprit Bumrah could not even play the Asia Cup. This pacer is uncertain in the World Cup in Australia.

Another bad news for the Indian team is Deepak Chahar’s injury. This cricketer, who is in the reserve list of the World Cup team, could not play in the ODI series against South Africa due to injury. Although he was replaced by Washington Sundar in that series, the Indian Cricket Board (BCCI) is sending Shardul Thakur to the World Cup.

India’s death over bowling has become a name of suffering since the last Asia Cup. After that, Rohit Sharma is worried about one injury to the first-row pacers. The fall of Deepak Chahar is another nail in the coffin. So, Rohit Sharma’s team is not at ease before coming down to play the World Cup.

Chahar, who has been sidelined with injuries for a long time, had a chance to replace Bumrah, who was sidelined with a back injury, in the World Cup. But in the end, he also got injured. Chahar is now being sent to the National Cricket Academy in Bangalore to recover from the injury. His recovery mission will continue there.

The main Indian team led by Rohit Sharma has already started training after reaching Australia. Mohammad Shami, Mohammad Siraj, Shardul Thakur, Shreyas Iyer and Ravi Bismay will join in Australia as reserve cricketers. BCCI has not announced anyone as Bumrah’s replacement till now.

However, Rohit did not say anything about Chahar’s injury. India is in a very happy mood after winning the series with Australia and South Africa at home. The talk of Indian cricket is how much India can continue this form in the World Cup.