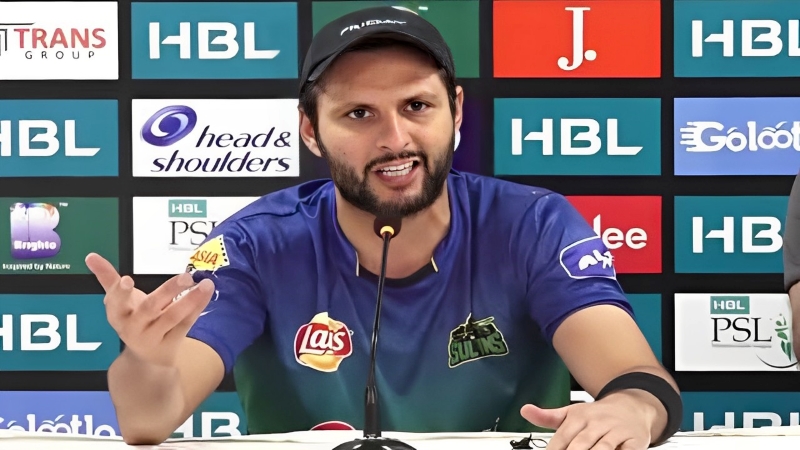 A lot has been changed in Pakistan cricket in the last few months. The board headed by Ramiz Raja resigned. Najam Sethi took over the place due to political change, now he is sitting in Ramiz Raja’s chair. Shahid Afridi is the current new Chief Selector of Pakistan Cricket Board. After taking charge, he brought changes in various areas of Pakistan cricket. Also, Afridi has come to the discussion for various reasons. However, this time Afridi expressed his dissatisfaction with Pakistan’s pitch.

Pakistan played well in the last Asia Cup and the last T20 World Cup but could not win the title in the end. They became failure, though went very close to the success. On the other hand, a series loss against England at home, and a Test series draw against New Zealand. All in all, discussion and criticism about Pakistan cricket is going on. Afridi wants the country’s cricket to improve. But he claimed that this improvement is not possible because the pitch is not good. So making a good pitch is now the main challenge of the board led by Najam Shety.

In an interview, Afridi said, “We played well in the last Asia Cup and the World Cup but the truth is that in the end we could not bring home the title. We need to focus on this aspect. Pakistan cricket needs to be reshaped. We want to improve country’s cricket. If this continues, there will be no improvement. The pitch will not help the bowlers. It is affecting the game a lot. There is no alternative to a good pitch to improve the quality of domestic cricket. We have to think about this now.”

He also said that there is a possibility of injury to the bowlers on the type of pitch currently being played in Pakistan. Afridi also said, “The pressure on the bowlers is increasing with the type of pitch being played. Our spinners have bowled 70 overs. But they are not getting wickets like that. If the pressure on the bowlers increases like this, the condition of their fingers will deteriorate. And fast bowlers get injured very quickly. So we have to be careful now. We have to focus more on pitch.”

Afridi also claimed that bounce pitches are good for cricketers. According to him, the emphasis on bouncy pitches will benefit both bowlers and batsmen. According to Afridi, Pakistan can bowl good yorkers anywhere in the world if the pitch is bouncy. It should be noted that Pakistan played a Test series against England at home a few days ago. The hosts have lost all three Tests against the English. Babar Azam’s team did not get the expected result in the Test against New Zealand recently. After getting the responsibility, Afridi started giving importance to the pitch. But it remains to be seen how much he ultimately wins this challenge.