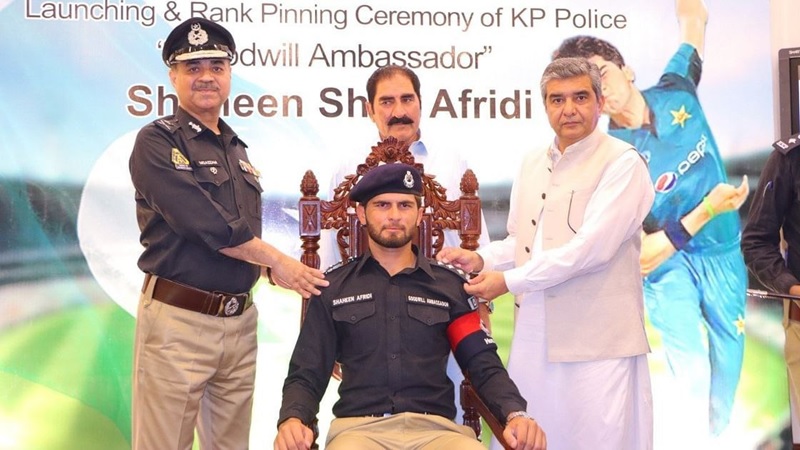 The popularity of cricket and cricketers in the subcontinent is skyrocketing, and Pakistan is no exception. In almost all cricketing countries in Asia, cricketers are considered the country’s top stars. This time the Pakistan Police used that stardom.

Today’s popular and star cricketer Shaheen Shah Afridi has been chosen as the goodwill ambassador of the Khyber Pakhtunkhwa Police Department. In this post, the left-arm fast bowler will help establish good relations with the people and build people’s trust in the police.

Besides, Shaheen has been given another honorary title. Shaheen has also been appointed as the Honorary and Unpaid Deputy Superintendent of Police (DSP) of Khyber Pakhtunkhwa Police in a glittering ceremony in Peshawar.

Pakistan’s star fast bowler Fazal Mahmood was a DSP of the Pakistan Police professionally. After leaving the game, he joined as DIG, and Shaheen joined the police as the second person.