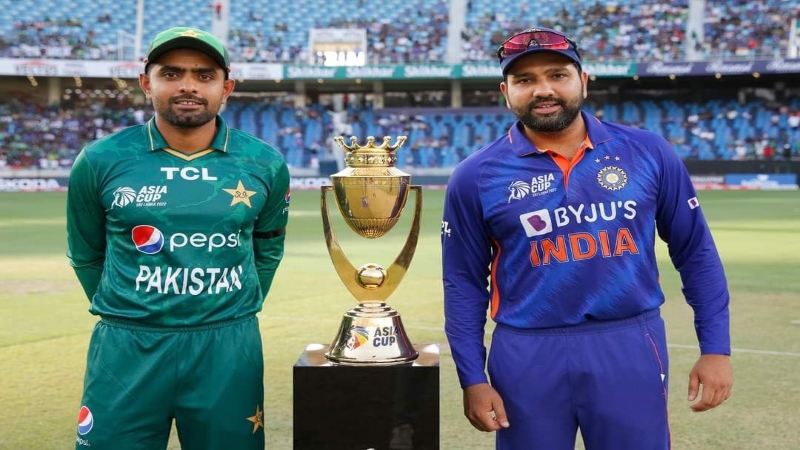 In this year’s Asia Cup, the rivalry between the two archrivals India-Pakistan is not over. Rohit Sharma’s India faced Babar Azam’s Pakistan in a high-voltage match of the Asia Cup on August 28. By defeating Pakistan in that match, India took revenge for losing by 10 wickets to Pakistan in the last Twenty20 World Cup.

However, the ICC has fined 40 percent of the match fee to each India-Pakistan cricketer of that match. Babar-Rohit got this punishment because of what exactly? The cricketers of both the teams have been punished as per ICC Article 2.22. ICC has punished because of slow over rate.

Failure to complete certain overs within the allotted time as per ICC rules will result in a penalty of 20 percent of the match fee for each over. Due to slow over rate of 2 overs, the cricketers of both teams have been fined 40 percent.

Captain Rohit Sharma and Babar Azam admitted the mistake to Pak-India match referee Jeff Crowe. So, the cricketers of the two countries were fined without any formal hearing.

In this year’s Asia Cup, India – Pakistan is one of the contenders for the Asia Cup champion. India has already qualified for the Super Four by winning against Pakistan and Hong Kong. However, after losing to India, Pakistan will have to wait for the next match to advance to the Super Four. Babar Azam’s Pakistan will face Hong Kong on September 2 at 8 pm.