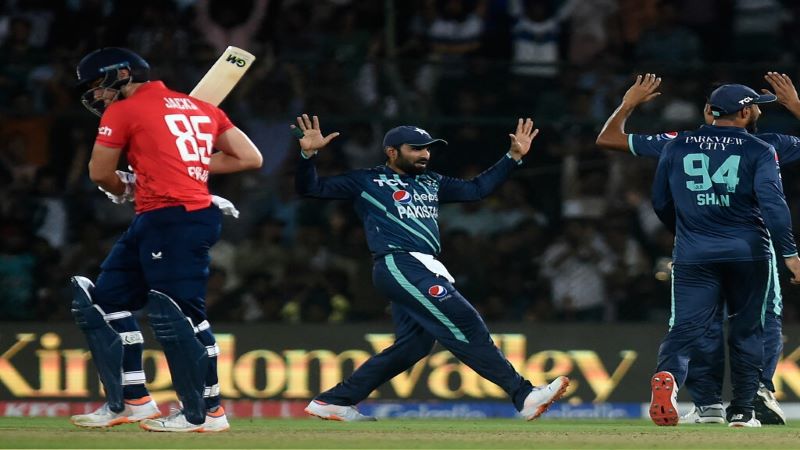 Chasing the target of 167 runs set by Pakistan in a nail-biting match in Karachi on Sunday (September 25), England’s innings collapsed after losing all wickets for 163 runs in 19.2 overs. By winning this match, the hosts returned to the seven-match T20I series with a 2-2 tie.

But the English were supposed to win this match and go ahead in this series by 3-1. Liam Dawson, who came down to bat at number eight, was supposed to be the hero of the match. England needed 54 runs to win from 34 balls when Harry Brook returned to the dugout after Moeen Ali. David Willey and Liam Dawson are both bowlers, who were at the crease then. As a result, Pakistan’s victory was assured.

But Dawson came to the wicket and played very monstrous innings. When Willey returned to the dressing room with 11 runs off 10 balls, the English still needed 37 runs off 21 balls to win. Dawson was at the crease with 6 runs from 6 balls. Adil Rashid entered the field to accompany him. Leaving him at the other end, Dawson continued to hit Mohammad Hasnain for boundaries and over boundaries in the 18th over of the innings.

He picked up 23 runs in the first four balls including a no-ball. He returned to the striking end by taking a single from the last ball of the over. Despite failing to capitalize on the first ball of the next over, Dawson almost ensured the team’s victory by hitting Haris Rauf for a boundary on the second ball. The players’ faces were happy in the English dressing room.

But it was the next ball that caused the problem. Dawson was caught at midwicket while he tried to hit a boundary off Harris’s bounced delivery and the team needed 5 runs to win from 10 balls. Dawson, who scored 23 runs in the previous 10 matches, scored 34 runs in 17 balls with 5 fours and a six in this match.

Olly Stone was bowled out on the very next ball of his departure. The fate of the match was still swinging in both directions. But Reece Topley was run out at the non-strike end while rushing to take a run in the last over. Pakistan left the field with an incredible victory of 3 runs with that.

Earlier, Ben Duckett scored 33 from 24 balls, Harry Brook scored 34 from 29 balls and Moeen Ali scored 29 from 20 balls for England on the failures’ day of the top order. Haris Rauf was selected as the player of the match for Pakistan scalping 3 wickets at the cost of 32 runs. Apart from this, Mohammad Nawaz took 3 wickets, Mohammad Hasnain 2, and Mohammad Wasim Jr took 1 wicket.

On this day, Pakistan became the first team in cricket history to play 200 international T20 matches. Pakistan has won 122 of these matches. India is second on this list. India won 116 out of 182 games played.

Reece Topley took the highest number of 2 wickets with 37 runs for the English side. Besides, Liam Dawson and David Willey took one wicket each. The two teams will meet in the 5th match of the series next Wednesday (September 28) at the Gaddafi Stadium in Lahore.

Player of the match – Haris Rauf 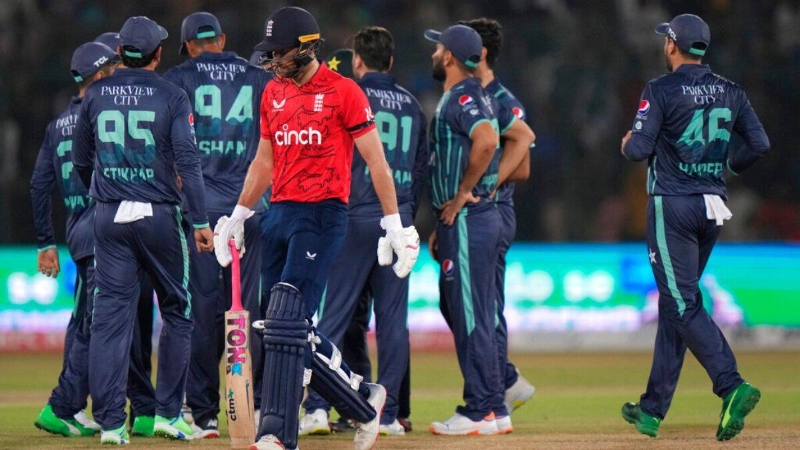