Mustafiz placed in the top 10 in the ICC bowler rankings 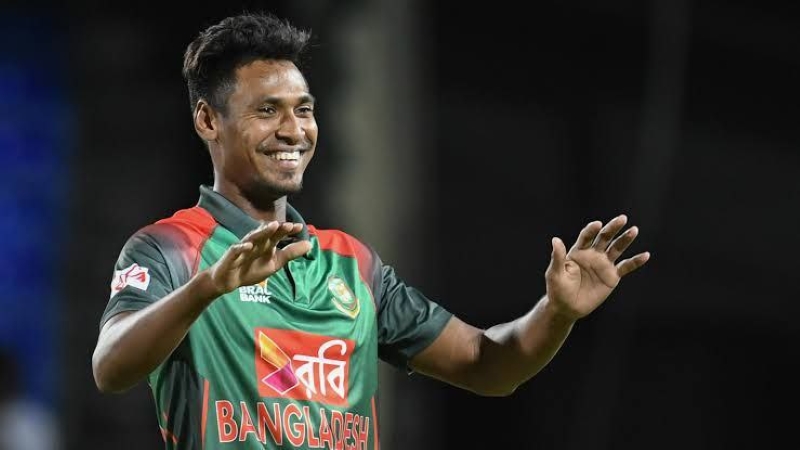 Mostafiz has been criticized for his bowling. It is said that he has lost the prowess of the beginning of bowling.

The cutter master has improved by 6 places after doing well in the last ODI on the tour of Zimbabwe. Bangladesh spinner Taijul Islam has also improved by 18 steps. Left-hander Mustafiz took 4 wickets in the last match against Zimbabwe. Taijul took 2 wickets.

Mustafiz is at number 10 jointly with England’s Chris Woakes with 640 rating points in the latest ranking published by ICC. Taijul is at career best 53rd with 469 points.

However, Mehdi Hasan Miraz has deteriorated. Miraz is at the eighth position with 655 rating points, two steps behind from the sixth position. Which is the best position among Bangladeshi bowlers.

Team Bangladesh ODI captain Tamim Iqbal is at 16th place as before in batting ranking. Mahmudullah Riyad is one step ahead at number 34 despite the criticism surrounding his batting in the tour of Zimbabwe. Mushfiqur Rahim has deteriorated. His position is now at number 21, two steps behind. Shakib Al Hasan, who was rested for the tour of Zimbabwe, has also slipped two places to 32nd.

Meanwhile, Pakistan captain Babar Azam has had a good time both on and off the field. Babar is at the top of the batting rankings. Others in the top five are Imam-ul-Haq, Rasi von der Dassen, Quinton de Kock and Virat Kohli.

Meanwhile, New Zealand’s Trent Boult is at the top of the ODI bowler rankings. Jasprit Bumrah, Josh Hazlewood, Mujeeb ur Rahman, Shaheen Shah Afridi are in the next four positions.

Meanwhile, Shakib Al Hasan, the poster boy of the country’s cricket, is at the top of the all-rounder ranking. Under his leadership, Bangladesh is going to the Asia Cup this time.