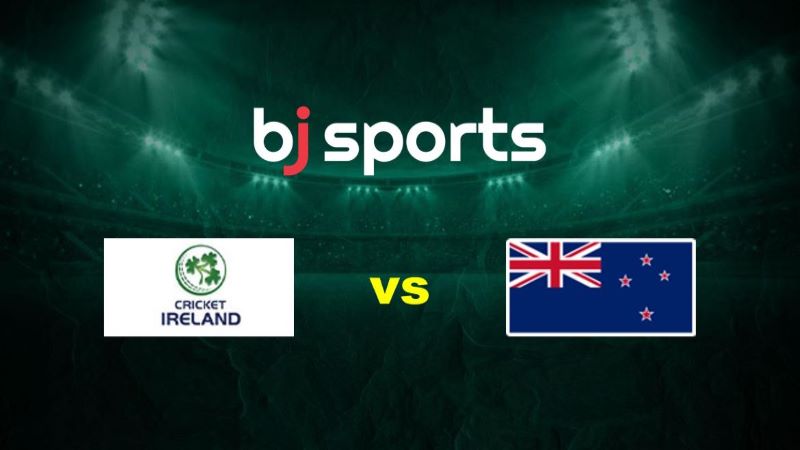 The last ODI between Ireland and New Zealand will be played on Friday at The Village in Malahide. The first two games of this intriguing series were won by New Zealand in two extremely close contests. With 1 ball left, the opening game was won by 1 wicket. In the second game on Tuesday, New Zealand triumphed by 3 wickets.  At 10:45 local time, the series’ third game begins.

In the end, Ireland’s inability to score runs at the top of their order lost them the victory on Tuesday. They don’t want to be heroic losers any longer, thus we anticipate them to give it their all in this ODI.

The fact that the visitors crossed the finish line in the second game of the series with 11.5 overs remaining will have made them happy. To provide a more complete performance, they will need their batters to score more runs.

This ODI was mostly gloomy with the occasional sun peeking through. 19 to 21 degrees will be the temperature.

On this type of surface, it helps to have a target score in mind. The team that wins the toss in this game must decide without hesitation to bowl first.

The playing surface produced two terrific bat-and-ball matches. There were 17 dismissals on Tuesday, adding to the 19 wickets lost on Sunday. A par score of 300 is what we anticipate.

Ireland had had a really strong showing in the first two games, despite the fact that they lost the series. The host team has pushed New Zealand, one of the world’s most reliable white ball teams, all the way in both games. For the third match in a row, Ireland should start with the same starting lineup.

Prior to the second ODI, the Black Caps made two adjustments, with Mitchell Santner returning to the lineup after overcoming a sickness. Ish Sodhi and Lockie Ferguson dropped out, while Jacob Duffy, who was making his debut, replaced them in the starting XI.

It is unfortunate that this series will only go three games after the fantastic entertainment provided by these two teams in the first two games. The finest teams in the world can compete with Ireland, but New Zealand has that extra bit of talent. To end the series, we anticipate another victory for New Zealand.