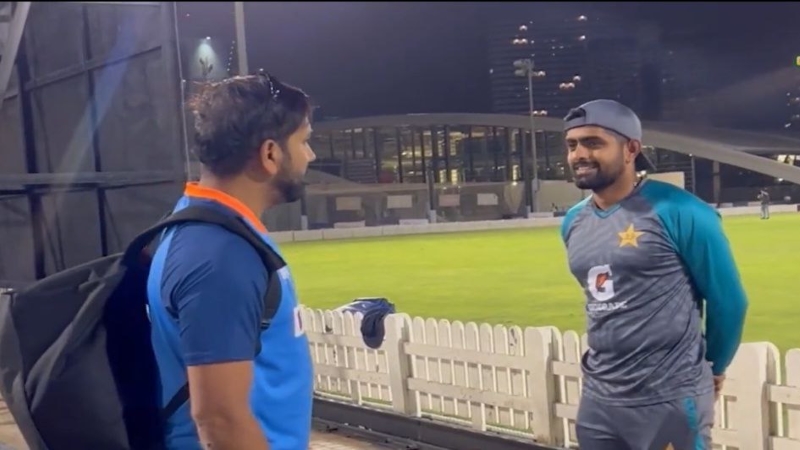 In the most high-voltage match of the Asia Cup, two arch-rivals India – Pakistan are facing each other today at the Dubai International Cricket Stadium. This match will be held at 8 pm Bangladesh time. Due to the political rivalry between the two countries, the two teams do not meet outside of ICC events. The excitement of cricket lovers is increasing around this Asia Cup match.

Pakistan Cricket Board has posted a video of Rohit-Babar talking. There, two cricket megastars can be seen talking in a very light mood. There was no sign of tension between the two captains.

Virat Kohli met Babar before Rohit. Both were seen smiling. Who will say that they are facing each other in a high voltage match within a few hours? In the Asia Cup that started in 1984, India has won the maximum 7 times, Sri Lanka 5 times, Pakistan 2 times.

Cricket lovers are excited about the India-Pakistan match, but the cricketers of India and Pakistan do not want to drown in the excitement. Despite the political distance between the two countries, personal relations have not been affected. Rohit Sharma – Babar Azma has limited the fight within 22 yards of the field.

India-Pakistan have met 15 times on the Asia Cup stage so far. India won it 8 times, Pakistan 5 times. 2 matches have been abandoned. In 2016 Asia Cup was held in T20 format. India defeated Pakistan by 5 wickets in that tournament. Who will win today’s high voltage match is now the big question.