India secured victory in the first T20 series against South Africa. Rohit Sharma defeated Temba Bavumader by 16 runs in Guwahati on Sunday. Chasing 238 to win, the visitors faced a virtual batting disaster. However, the woes of the Indian bowlers were once again evident.

South African captain Bavuma won the toss and sent India to bat. Although Rohit expressed some concern before the start of the match about batting first, the Indian batsmen went on a rampage. Apart from captain Rohit, Lokesh Rahul, Virat Kohli, and Suryakumar Yadav scored runs at a stormy pace. Dinesh Karthik was also seen in a suitably aggressive mood in the last few balls. In the allotted 20 overs, India scored 237 runs and took 3 wickets. This is India’s highest innings in a 20-over match against South Africa.

Captain Rohit scored 43 runs off 37 balls. 7 fours and 1 six came from his bat. Vice-captain Rahul was more aggressive than him. He scored 57 runs off 28 balls. The Indian team’s vice-captain scored five fours and four sixes. Kohli could not complete his half-century for only 1 run. The former captain remained unbeaten with 49 runs off 28 balls. He could not score a half-century as he did not get the bat in the last over. 7 fours and 1 six came from Kohli’s bat. Suryakumar was the most aggressive of the Indian batters. He went on a rampage with the bat on Sunday. None of the South African bowlers were exempted from their aggression. Suryakumar scored 61 runs off 22 balls with the help of 5 fours and 5 sixes. He was kicked out because of a misunderstanding with Kohli. Karthik also had a strong showing in the final few balls. With 17 runs off 7 balls, he remained unbeaten. He hit one four and two sixes with his bat.

Keshav Maharaj was the visitors’ most successful bowler, taking two wickets and scoring 23 runs. He dismissed Rohit and Rahul. Kagiso Rabada bowled 57 runs in 4 overs. Wayne Parnell gave 54 runs in 4 overs. None of the South African bowlers could take advantage of the Indian batsmen on Sunday. In response, the visitors lost two wickets at the beginning of batting. Deepak Chahar took a maiden in the first over. Coming to bowl in the second over, Arshdeep sent back Bavuma and Riley Russo. No one could open the account. The lights on the Nivel Stadium lighthouse just after the first ball of the third over. The game had to be paused for approximately 15 minutes.

The game started after the light came, but the visitors batted cautiously. They started trying to save wickets. In addition to increasing the target of scoring runs per over, the pressure also increased. Bavuma’s team could not handle the pressure in the end. Quinton de Kock and Aiden Markram tried to repair the team’s innings but to no avail. The visitors could not overcome the pressure created at the beginning. Of the two, Markram was the more aggressive. However, the pace of scoring runs did not increase much. Markram was dismissed for 33 off 19 balls by Akshar Patel. He hit 4 fours and 1 six. D’Kock kept a wicket for a day. After that, David Miller took the lead in South Africa’s innings. He scored 174 runs in an unbroken partnership for the fourth wicket with D’Kock. Miller’s innings came from the bat of an impeccable century. He scored his second century in T20 cricket. In the end, he remained unbeaten with 106 off 47 balls. Finished his innings with 8 fours and 7 sixes. De Kock ended up unbeaten on 69 off 48 balls. 3 fours and 4 sixes came from his bat.

Despite winning the series, South Africa’s batsmen showed the skeletal condition of Rohit’s bowlers. Arshdeep picked up 2 wickets in the beginning but gave 62 runs in 4 overs in the end. Although he is India’s most successful bowler by taking 2 wickets. Akshar took 1 wicket for 53 runs. Harshal Patel gave 45 runs but did not get any wickets. Deepak Chahar gave the least runs. He spent 24 runs in 4 overs. Ravichandran Ashwin gave 37 runs. The poor condition of the bowlers will worry Rahul Dravid before the T20 World Cup.

The Indian team will play South Africa in their third T20 match on Tuesday, October 4, 2022, at the Holkar Cricket Stadium in Indore.

Player of the match – KL Rahul 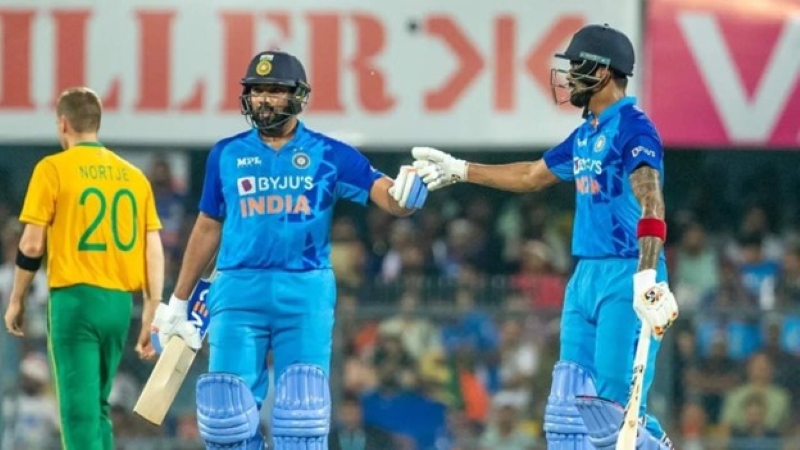