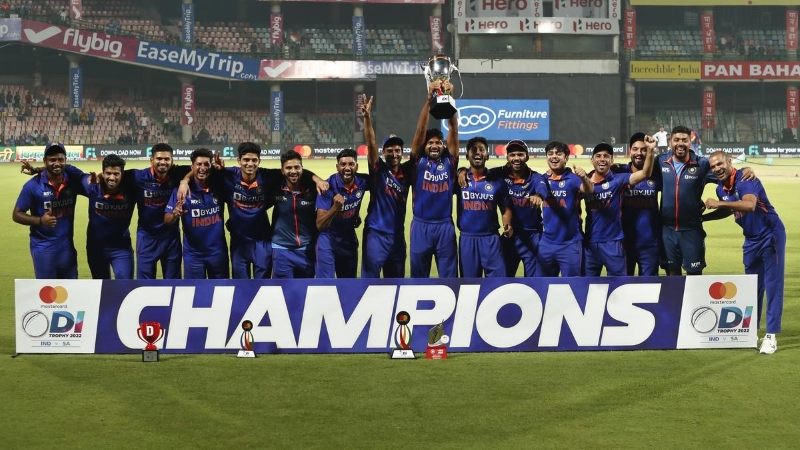 India’s spin embittered South Africa in the last match of the series. They lost the series by 7 wickets with a margin of 1-2. South Africa played the three-match ODI series on Indian soil as part of the ICC Cricket World Cup Super League. The Proteas’ batting order collapsed due to the whirlwind magic of the Men in Blues in the title-deciding match, even though they won the first match of the series to take a lead.

Batting first in the final and third ODI of the series in Delhi on Tuesday (October 11), the Proteas were bowled out for just 99 runs in 27.1 overs. This is the lowest score of South Africa against India. Earlier the team’s lowest score against the hosts was 117. The Proteas were all out in that score in 1999. South Africa broke this record after 23 years.

Shubman Gill missed his fourth career half-century after being trapped lbw by Lungi Ngidi. He scored 49 runs off 57 balls with 8 boundaries. Shreyas Iyer was unbeaten on 28 runs off 23 balls with 3 fours and 2 sixes. Besides, Ishan Kishan scored 10 runs off 18 balls and Shikhar Dhawan scored 8 runs off 14 balls.

Earlier, the Proteas lost the toss in the series decider and batted first. They lost the wicket of Quinton de Kock early on coming down to bat. He was caught by Washington by scoring 6 runs off 10 balls. Another opener, Janneman Malan, was sent back by Siraj. Malan scored 15 runs off 27 balls.

Then Reeza Hendricks (3) and Aiden Markram (9) got back to the dressing room one by one. Captain David Miller could not save the team from danger on this day. He scored 7 runs off 8 balls before making his way to the dressing room, Washington got his wicket cleaning up the stumps. Heinrich Klaasen tried to take the team forward in the middle order, but the other batsmen could not support him.

But when Klaasen was also bowled by Shahbaz Ahmed, the Proteas were completely knocked out of the match. He scored 34 runs off 42 balls with 4 boundaries. Then Kuldeep came and single-handedly took four wickets and crushed the visitors. In the end, South Africa managed to set a target of 100 runs for India thanks to Marco Jansen’s 19-ball 14-run innings.

India is currently at the top of the ICC ODI Super League with 129 points after winning this match. However, being the host, they will play directly in the 2023 ODI World Cup. But South Africa is worried a bit as they are currently ranked 11th in the points table with 59 points from 16 matches.

Player of the match – Kuldeep Yadav

Player of the series – Mohammed Siraj 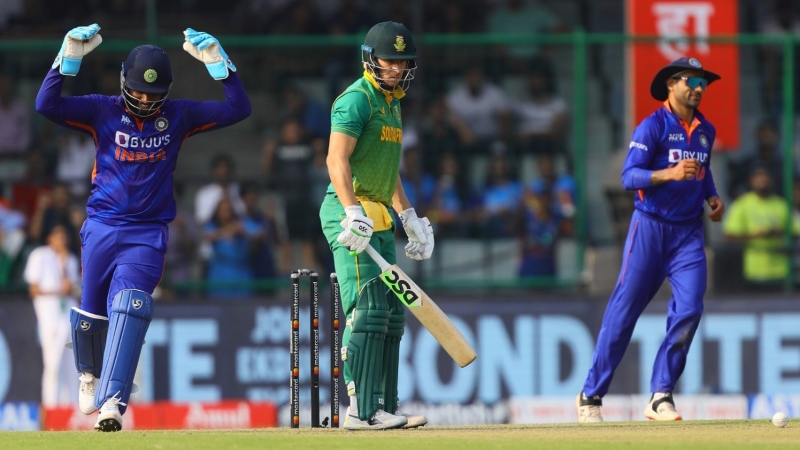