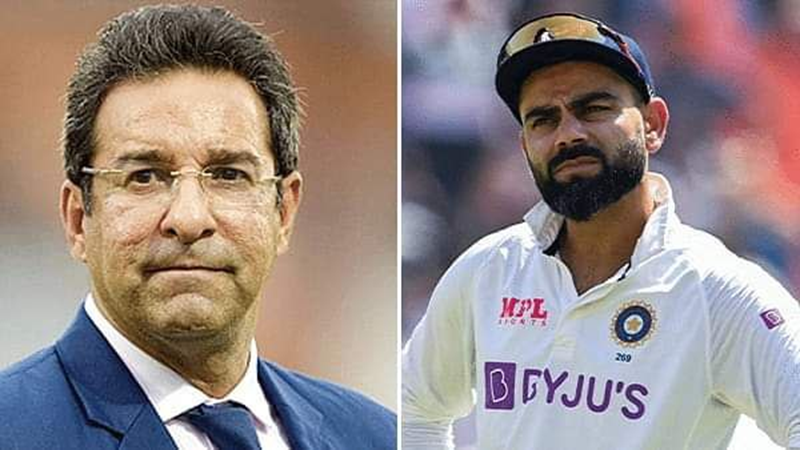 On the other hand, five years before Kohli’s debut, Pakistan’s star fast bowler Wasim Akram said goodbye to his 16-year international career. These two have never faced each other in their playing life.

Kohli is not getting a century for a long time. The recent performance is also not as expected. Yet statistically, this right-handed batsman is one of the best cricketers of the time. If Wasim found Kohli in his playing life, how would have he bowled him out? Or what plan would he follow?

In a show titled ‘To Be Honest’ of Nashpati Prime, Wasim revealed what his plans would be when he would bowl against Kohli. He said, ”I had a lot of confidence. If he comes to bat at three or four, it means 2 wickets have fallen. As a result he is new to the crease, I used to attack then. I would throw the ball in the middle stump. Then it would either swing out or go in. ”

Is it possible to beat a batsman like Kohli only with a swing? Wasim, of course, agrees. In the swing, a ‘great’ batsman like Kohli cannot be defeated all the time. Then he would come down with a different plan. Wasim said, “If Plan ‘A’ didn’t work, I would go to Plan ‘B’. Which would be a bounce. I would put the fielder at the boundary and then take him back. Small changes are really important.”