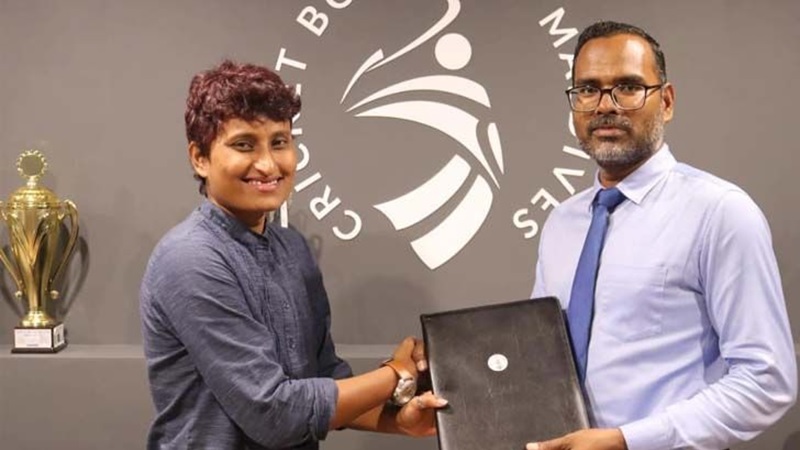 Not long ago, Maldivian girls stepped into international cricket. Maldives women’s cricket team has played three international T20 matches so far, and they could not win even one of the three matches. But the latest news is that the Maldives National Women’s Cricket Team has appointed their head coach.

And she is the former cricketer of the national women’s cricket team of Bangladesh, Fatema Tuz Zohra. This former female cricketer brought some good news for Bangladesh, and the Maldives Cricket Board has confirmed the appointment of Fatema as the head coach.

They posted three pictures on the social media page Cricket Board of Maldives. Fatima is seen with Maldives Sports Minister Ahmed Mahloof in a picture, and another shows the two signing the contract.

Fatema was the coach of BKSP women’s cricket team. She made her debut as an umpire in women’s first division cricket in 2015, and she joined international cricket as the coach of the Maldives team.

But the international path will not be so easy for Fatema, and she has to work with a new and unconventional team.

Working for the development of women’s cricket since 2011, Fatema has completed the ICC Level-II Umpiring Course and CA Course. Let’s see if the Maldives women’s cricket team changes hands.