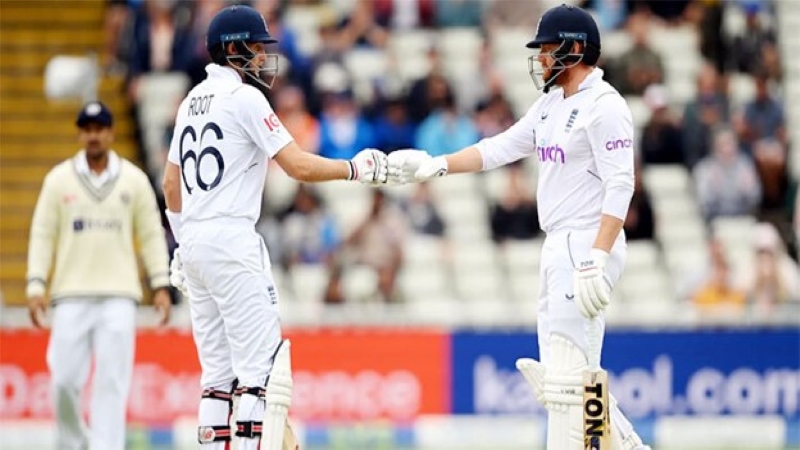 England is giving birth to all kinds of disbelief. They showed in the series against New Zealand. This time they also showed India. The team that was all out for 284 in the first innings and trailing by 132 runs, chased the huge target of 378 runs in the second innings (fourth innings of the match) and won the match by 7 wickets!

England finally made history with the batting of Joe Root and Jonny Bairstow. The two batsmen took England to the brink of victory by batting for 378 in Birmingham’s Edgbaston. Both have scored centuries. Jonny Bairstow is batting incredibly. This is his fourth century in three Tests. Joe Root has scored the 28th century of his career.

England lost 3 wickets from 107 runs to 109 runs. On the afternoon of the fourth day, the Indian bowlers could have decided the fate of the match. On the contrary, Joe Root and Jonny Bairstow made a fortune by surprising everyone. The two remain unbroken with an average of 150 runs.

Root-Bairstow had to face some great deliveries from Jasprit Bumrah, Mohammad Shami, Mohammad Siraj and Shardul Thakur, they went down to bat on the morning of the fifth day. But they were adamant. It was as if they had entered the field to fulfill the goal and betting that no one would be separated until the goal achieved.

In the end, India’s formidable pace attack failed to catch up with the Root-Bairstow duo. These two batsmen brought the historic victory to England from the unbroken pair of 269 runs. Bairstow scored 114 off 145 balls and Joe Root remained unbeaten on 142 off 173 balls.

With this incredible victory, the English also drew the series with 2-2 score. Last year (in 2021), India played four of the five-match Test series in England before the second part of the IPL started in the United Arab Emirates. Back then the team was led by Virat Kohli and leading with 2-1 score in 5 match test series.

Jasprit Bumrah’s India was going to win this Test match for sure. In the first innings, Rishabh Pant (145) and Rabindra Jadeja (104) batted brilliantly and India scored 416 runs. England fell into great danger while they going to chase. One wicket after another fell in front of the Indian fast bowlers.

But Jonny Bairstow emerged as the savior of the English. Based on his 106 runs, England got 284 runs. India batted in the second innings from 132 runs ahead. Depending on Cheteshwar Pujara (66) and Rishabh Pant (57) They were able to score 245 runs.

All in all, England got a target of 378 runs to win the fourth innings of the match. Rhythmically huge goal. Before chasing such a big run, every team should be shocked. But the English should bet, no matter how big the total, they will chase.

Two openers, Alex Lees and Jack Crawley, made a great start. The two were separated after a partnership of 107 runs. Crawley made 46 runs. Alex Lees was out for 56 runs. Ollie Pope simply couldn’t make any runs. Everyone knows the next story. England left the field with the victory with the help of Bairstow and Joe Root.

Player of the match – Jonny Bairstow 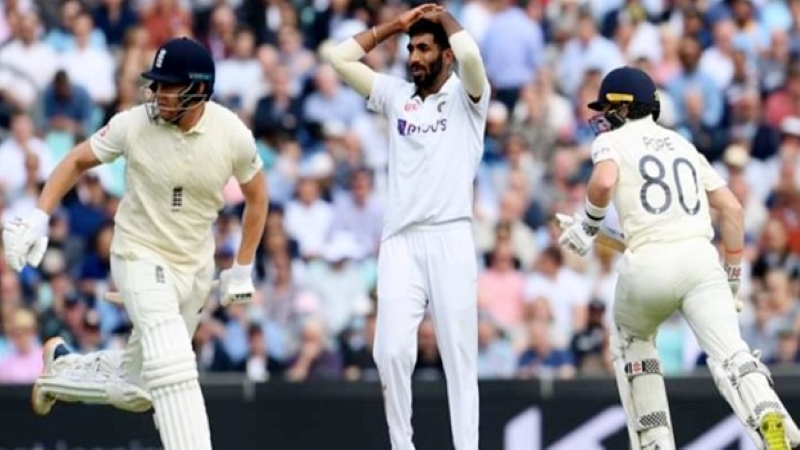