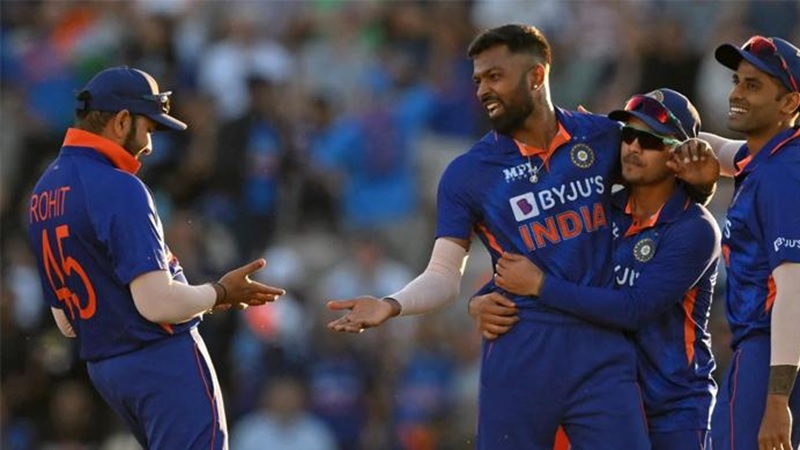 Deepak Hooda and Suryakumar Yadav’s storming batting with Hardik’s fifty at Southampton’s Rose helped India to get a big 198-run stand. The English were bowled out for 148 by Hardik’s astounding bowling performance. Thanks to India taking the lead with a victory of 50 runs.

After winning the toss in Southampton, India decided to bat first. After recovering from Corona, India’s regular captain Rohit Sharma showed the way to the Indian batsmen by scoring a quick run. His innings of 24 off 14 balls established India’s powerplay.

Butler, the newly-appointed England captain, gave the over to Moeen Ali in the powerplay, hoping to take a wicket. Rohit (24) and another opener Ishan Kisan (6) were when they tried to hit the ball.

However, the speed of the run did not decrease. Deepak Hooda, who has been in great rhythm since the Ireland tour, maintained a run rate of more than 10 per over. Suryakumar Yadav came down in the fourth over and made a quick run. The pair added 43 runs from 23 balls.

Butler gave the over to Chris Jordan in the ninth over to break the 200-strike stand. Jordan dismissed Hooda in the same over after trapping him with the help of a slow ball. Hooda made 33 off 17 balls before being dismissed. Jordan hit again in the 12th over, this time the victim was Suryakumar Yadav. He returned to the dressing room after playing a great innings of 39 off 19 balls.

Jordan held on in the middle, but India showed power. Pandya has led it. The all-rounder kept the run wheel in motion by playing an innings of 51 runs off 33 balls with 6 fours and 1 six. Towards the end, Axar Patel (17) and Dinesh Karthik (11), courtesy of India scored 198 runs for the loss of 8 wickets.

Jordan, who took two wickets for 23 runs in 4 overs, was the best bowler in England. Besides, Moeen Ali took 2 wickets, and Reece Topley, Matthew Parkinson and Tymal Mills took 1 wicket each.

Bhuvneshwar Kumar and Hardik Pandya gave the first push in England’s innings. In the opening spell of the two, the English lost 4 wickets for only 33 runs. Jos Butler was out on a golden duck. Jason Roy 4, David Malan 21 and Liam Livingstone returned 0 runs.

Later, Chris Jordan took the team closer to 150 in unbeaten innings of 26 off 17 balls, which only reduced the margin of defeat.

Hardik took 4 wickets for 33 runs in his career-best bowling. Besides, Arshdeep and Yuzvendra Chahal took two wickets each. Harshal Patel and Bhuvneshwar Kumar both took one wicket each.

Player of the match – Hardik Pandya 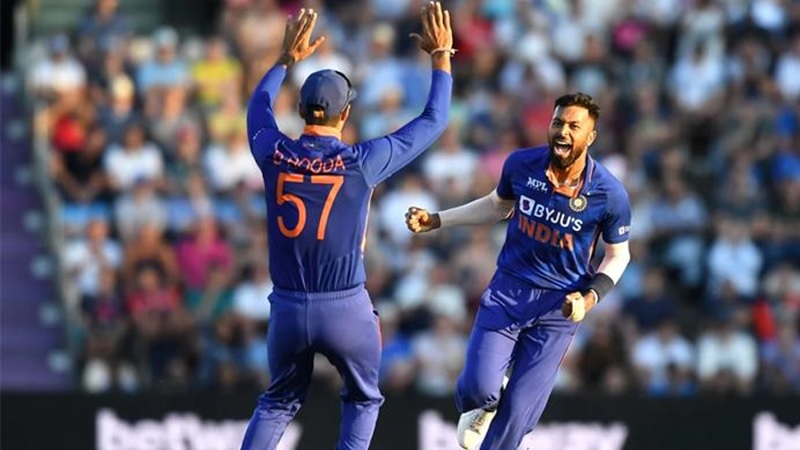