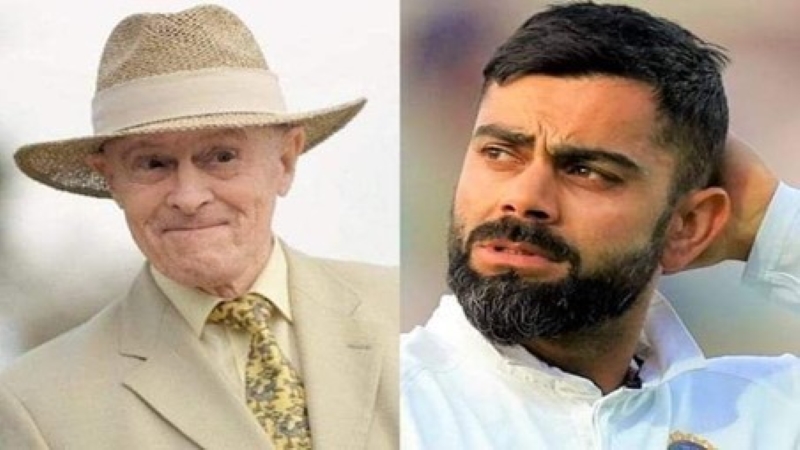 He made his debut like a comet. There was fascination in his fantastic batting. If the cricket field is a canvas, Kohli has painted the Mona Lisa with his batting style. The former Indian captain, who has set hundreds of records, is now looking at the reverse side of the coin. Kohli’s performance in recent times has become worse.

So, different experts are suggesting different paths. Former England legend Geoff Boycott is also worried about Kohli’s current form. In an interview with an Indian newspaper, Boycott suggested to Kohli the way to come back to form.

Boycott said Kohli should get rid of the idea of ​​a century. At the same time, the former England opener advised Kohli to be more careful with his wicket. In the first innings, he pulled Matthew Pots out of the stump ball to the stumps, which he tried to pull off at the last minute, which Boycott did not accept.

“Kohli pulled the ball outside the stumps because he was in a dilemma,” he said. “Extended the front leg but did not understand how to handle the ball. Here he has to be clear in his thoughts. He doesn’t seem fluent and has to understand that when someone is not in rhythm, he has to be more careful.

Kohli has been suffering from drought for a long time. But once, the name of Kohli was synonymous with the century. However, the former Indian captain should not think of a century.

Boycott said, “He should not think about big scores. Set small goals, take more singles, and take time to adjust. Getting a few runs will give him confidence, which is very important now. It’s a mental game. Unfortunately, such a great cricketer is not getting run now. “