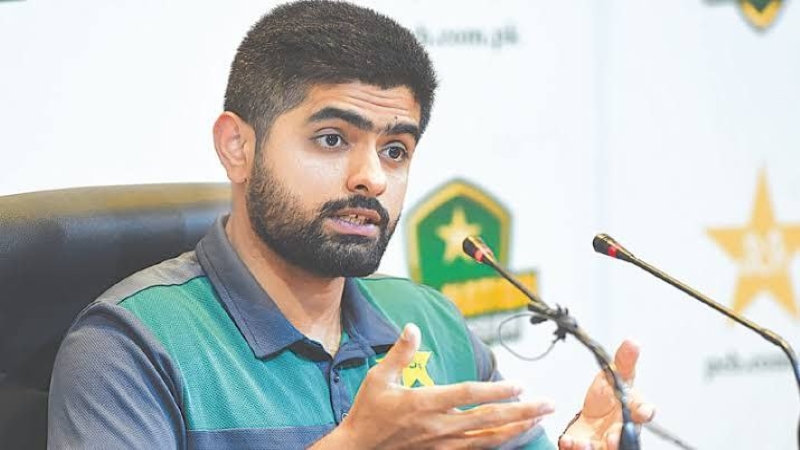 And just a few days later, the cricket world will be abuzz with the T20 World Cup. At the last moment, every team is preparing their team. The weakness of the team is being fixed by friction. However, Pakistan captain Babar Azam is worried before the World Cup.

England cricket team visited Pakistan after 17 long years. That too to play an exceptional series. In the 7-match T20 series, the two teams fought evenly. Today Pakistan is ahead, tomorrow England is ahead. At the end of the sixth T20, the series is drawn. So, the seventh match was the undeclared final.

In the last and final match of the series at the Gaddafi Stadium in Lahore, the English won by 67 runs. Chasing the target of 209 runs given by the English, Pakistan lost due to the failure of the batsmen. Captain Babar Azam admitted this after the match.

In the post-match press conference about the middle order, Babar said, ”We have to work more on the middle order. The middle order pressure also falls on us (openers). Talking to the coaches about this. Actually, this series was important for us. We need to improve in the T20 edition.” However, the Pakistan captain is satisfied with the team’s bowling. In this context, Babar said, ”Our bowling attack is good. Harris is bowling well. He is improving every day. ”

Babar Azams are getting one more series to prepare the Pakistan team before the World Cup. Tri-nation series on New Zealand soil is ahead. Pakistan will play against New Zealand and Bangladesh there. After that, Babar will go to play the World Cup. This year’s T20 World Cup starts on October 16. The final will be on November 13.