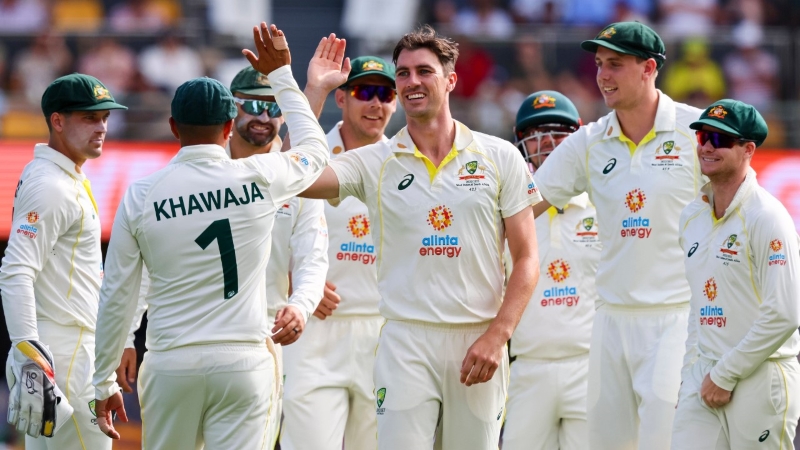 Hosts Australia has defeated visiting South Africa by a big margin in the Boxing Day Test. The Aussies won by an innings and 182 runs on the fourth day of the Test at the Melbourne Cricket Ground (MCG). As a result of this victory, Australia clinched the title of the series with a 2-0 lead.

Temba Bavuma top-scored with 65 runs for the visitors. Kyle Verreynne scored 33 runs. Theunis de Bruyn got 28 runs. Sarel Erwee made 21 runs. Lungi Ngidi scored 19 runs. The South African batsmen could not create any strong resistance in front of Nathan Lyon, Mitchell Starc, and Scott Boland. Lyon picked up 3, Boland got 2, and Pat Cummins, Starc, and Steven Smith took 1 wicket each.  Australia won the three-match Test series by a margin of 2-0.

Earlier, Aussie pacer Cameron Green was on fire with the ball in the first innings. In the Melbourne Test, South Africa’s innings were wrapped up in 189 runs by this Australian right-arm pacer. The Aussies won the toss and sent the Proteas to bat first. Dean Elgar’s team made a good start when they came out to bat. At one time, their score was 58 runs for 1 wicket. From there, the visitors were cornered by losing 5 wickets for 67 runs.

Kyle Verreynne and Marco Jansen took the team forward in that situation. They almost overcame the team’s danger by putting up 112 runs together. But the Proteas’ innings crumbled again after Verreynne was caught by Green in the 65th over with 52 runs. The right-handed pacer picked up Jansen (59) in the next over. Losing the last 5 wickets for 10 runs, the visitors’ innings stopped at 189 runs in 68.4 overs.

Batting in response, Australia declared their innings by collecting a huge score of 575 runs for 8 wickets based on David Warner’s double century, Alex Carey’s century, and three half-centuries by their batters. Playing his 100th Test, Warner hit 16 boundaries and 2 sixes, completing a double century off 254 balls. Earlier he played 144 balls to complete his 25th career century.

Wicketkeeper-batsman Alex Carey played an innings of 111 runs off 149 balls. This is the first century by an Australian wicketkeeper in Tests since 2013. Brad Haddin was the last wicket-keeper batsman who scored a century. Besides, Steven Smith made 85, Travis Head got 51, and Cameron Green scored 51 runs.

Anrich Nortje took the highest number of 2 wickets for South Africa. Besides, Kagiso Rabada picked up 2 wickets and Lungi Ngidi and Marco Jansen took 1 wicket each.

David Warner has been named player of the match after scoring a double century in the 100th test of his career. These two teams will face each other in the 3rd and last match of the series on January 04 (Wednesday) at the Sydney Cricket Ground. 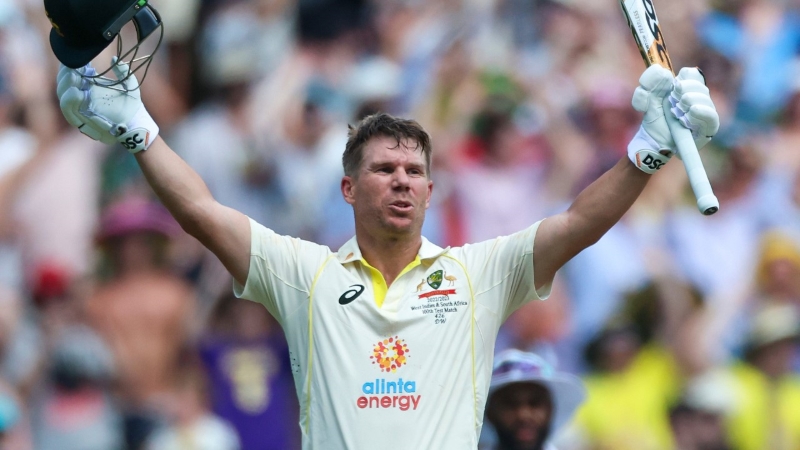 Result – Australia won by an innings and 182 runs

Player of the match – David Warner