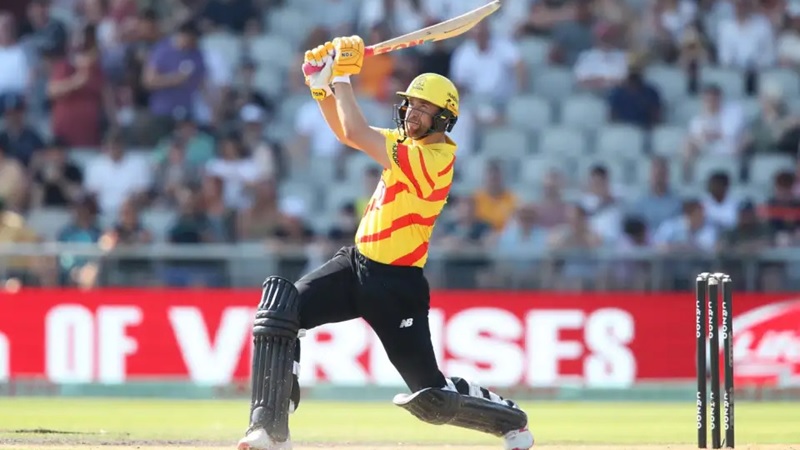 Trent Rockets have pulled off an incredible 8-wicket victory with six balls in hand over Manchester Originals in a high-scoring match at Old Trafford, Manchester, in The Hundred 2022 on Saturday. Opener Dawid Malan played a key role in this victory of Trent Rockets. He was adjudged player of the match after playing a devastating innings of unbeaten 98 runs off 44 balls.

Two openers Jos Buttler and Phillip Salt gave Manchester Originals a great start after coming down to bat first. These two batsmen scored 84 runs in the opening pair. Where they picked up 39 runs off the first 25 balls of the power play. Captain Buttler returned to the dressing room after scoring 41 runs off 25 balls with 3 fours and 2 sixes.

After that, Andre Russell could not score much coming down to the wicket. He scored 16 runs off 10 balls. However, opener Philip Salt was playing his part at the other end of the wicket. As a result, Manchester Originals crossed 50 runs in 28 balls and 100 runs in 66 balls.

Philip Salt brought up his half-century off 37 balls. On the other hand, Tristan Stubbs, and Laurie Evans both played two stormy innings for the team batting first. Stubbs scored 27 runs off 10 balls, where 24 runs came from 4 over-boundaries. Laurie Evans raised a storm with the bat at the end. As a result, Manchester Originals managed to score 39 runs in the last 12 balls of the innings.

Salt left the field after playing an unbeaten innings of 70 runs in 46 balls with 6 fours and 2 sixes. On the other hand, Laurie Evans remained unbeaten with 1 four and 2 sixes, scoring 26 runs off 11 balls. Spinner Samit Patel took the highest number of 2 wickets with 20 runs from 20 balls for Trent Rockets. Besides, Tabraiz Shamsi picked up 1 wicket.

Soon after coming down to chase the challenging target of 190 runs, Trent Rockets took control of the match. They scored 60 runs in 25 balls of power play without losing any wicket. After that, opener Alex Hales (38 from 20 balls) returned to the pavilion for the team’s 85 runs, but at the other end, Dawid Malan continued to wreak havoc alone.

Malan finally left the field with a devastating innings of 98 runs off 44 balls. He smashed 3 fours and 9 sixes in this innings. Earlier, Tom Kohler-Cadmore scored 30 off 17 balls. Besides, Ian Cockbain scored unbeaten 20 runs off 14 balls. Tom Hartley and Matthew Parkinson took 1 wicket each for Manchester Originals.

Trent Rockets moved up to 2nd place in the points table with their 3rd straight win in the tournament. On the other hand, Manchester Originals have lost three consecutive matches and are now at the 7th position in the points table. 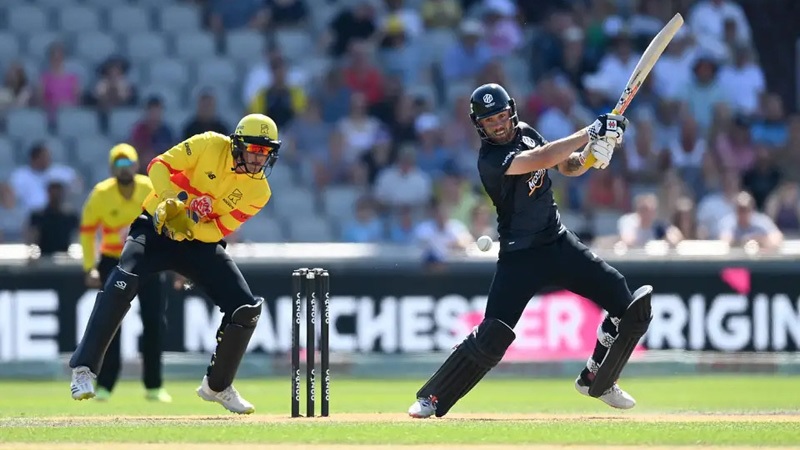 It was as if lightning without clouds on the Australian team. Australian...

Afghanistan was very close to defeat Pakistan in the Asia Cup Super-Four match....

Pakistan reached the final by defeating Afghanistan, what did Babar-Nabi say?

Pakistan snatched victory against Afghanistan in a highly competitive match in...