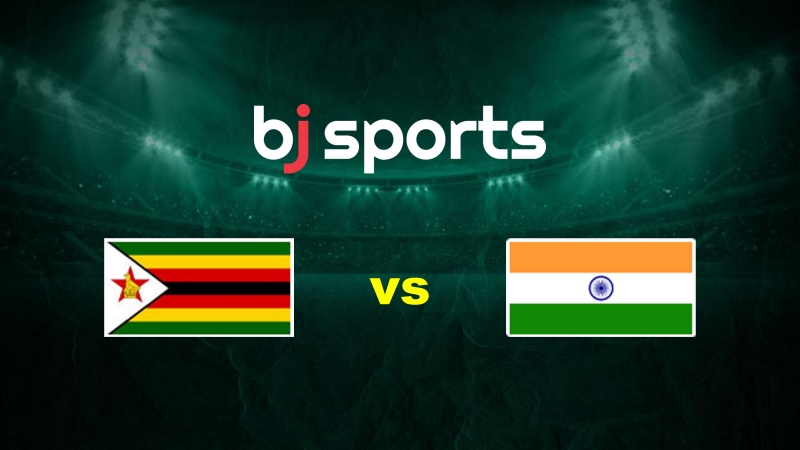 Starting on Thursday morning at the Harare Cricket Club, the three-match ODI series between Zimbabwe and India gets underway. After defeating Bangladesh 2-1 in an IT20 and ODI series earlier this month, the hosts are in good spirits going into this series. West Indies were defeated 3-0 by India in late July. The start time of this game is 09:15 local time.

By defeating Bangladesh last month, Zimbabwe disproved the predictions of experts, bookmakers, and many of their own supporters. They’ll think they can accomplish something exceptional in this series, too.

India won all three of their one-day internationals against West Indies, however, the first two matches were decided by just three runs and two wickets. Despite having a young team, many of their players would be selected for most other ODI teams.

After being just 17 degrees at the beginning of the game, the temperature will reach a high of 28 degrees in the early afternoon. There is no possibility of rain or other delays to the game.

Throughout their series with Bangladesh, Zimbabwe won the toss and was consistently elected to field first. If they win the toss, both teams are likely to decide to bowl first.

Although the Indian fast bowlers can succeed on any wicket, this pitch will turn in favor of the spinners. A par score should be greater than 300.

Craig Ervine, who is still suffering from a hamstring injury, won’t be leading the team for this series; instead, Regis Chakabva will do so. Wellington Masakadza (shoulder) and the fast bowlers Blessing Muzarabani and Tendai Chatara are joining Ervine on the sidelines.

KL After being sidelined for the most recent visits to England and the West Indies due to injury, Rahul will rejoin the team as captain. With the T20 World Cup in October in mind, the top-order batter will be attempting to demonstrate both his form and fitness. Washington Sundar was chosen for this trip but was forced to withdraw due to a shoulder issue.

Zimbabwe now has the opportunity to test themselves against one of the strongest cricketing nations in this game after hosting associate teams for the recent T20 World Cup qualifiers and Bangladesh for the white ball series earlier this month. India will likely be too strong; thus, we are picking them to win this first ODI.