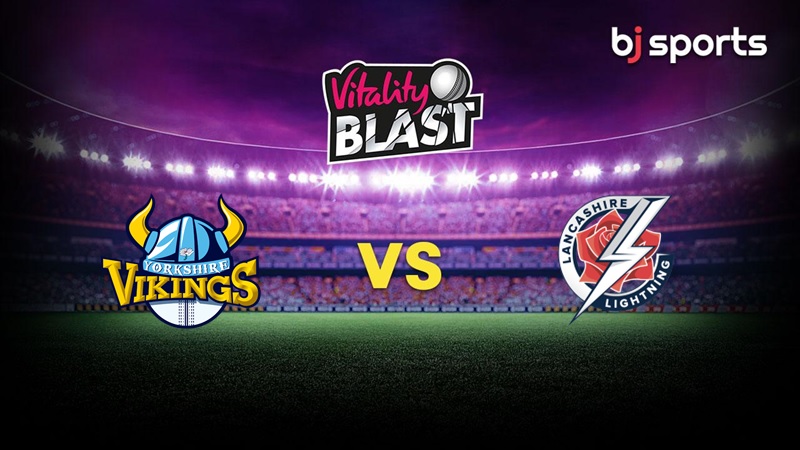 The 2022 Vitality Blast’s first semi-final pits the Yorkshire Vikings and Lancashire Lightning against one another, uniting the two Roses counties. The Vikings defeated the South Group champion, Surrey, by one run to advance to Finals Day. In the quarterfinal, Lightning defeated Essex Eagles by 7 wickets. At Edgbaston in Birmingham, the game starts at 11:00.

The Yorkshire Vikings were fortunate to advance to the quarterfinals, but they cannot be written off after defeating Surrey in that round. They will pose a threat and have a great sense of unity.

Despite missing some of their best players, the Lancashire Lightning have a lot of excellent alternatives. They defeated Yorkshire Vikings earlier in the season before this encounter.

Despite the current warmth in the UK, this game will be played in the morning, when temperatures will range from 19 to 21 degrees.

The batting conditions are perfect to begin the game, and Edgbaston has a terrific batting surface. Therefore, in this crucial match, whichever team wins the toss will choose to bat first.

This season, the Birmingham field has produced a lot of high-scoring matches. With a par score of over 185, we anticipate this surface to bounce a lot.

Some prominent players are expected to be absent from Final’s Day for the Vikings because England and India are currently playing an ODI series. Finn Allen of New Zealand is also unavailable because of the ongoing New Zealand tour of Ireland. Dominic Drakes and Shadab Khan, two international players, are also available.

With players like Jos Buttler, Phil Salt, and Liam Livingstone all representing England, Dane Vilas’ team faces the same availability concerns as their semi-final opponents. Richard Gleeson, a fast bowler, is likely to be dropped from the national team for this game. 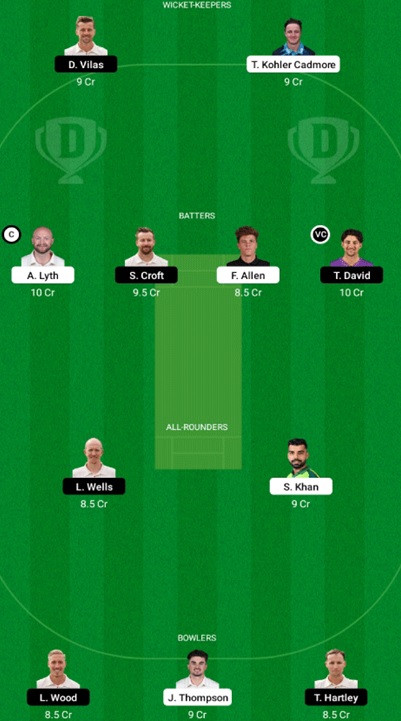 Lancashire Lightning are the favourites to win this match.

Even though Finals Day is typically a great occasion for both players and fans, this semi-final will draw interest from cricket fans around the world. The teams have already produced two terrific matches in the tournament and are quite well matched. We expect Lancashire Lightning to triumph.