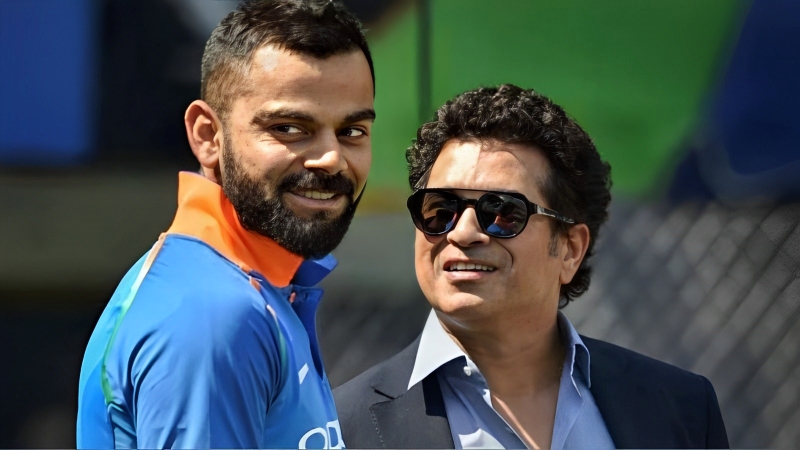 Kohli has taken himself to the highest level of cricket in batting. He has scored 72 career centuries in all formats. Only one in front, Sachin Tendulkar. His number of centuries in ODI cricket is 44, ahead of Sachin Tendulkar. And this record can be broken this year by one of India’s best cricketers, Virat Kohli. And this is what former Indian cricketer Sanjay Bangar thinks.

This year the One Day World Cup will be held on Indian soil. And before that, India will play about 26-27 one-day matches. King Kohli has 44 centuries in this format. He can break Sachin’s record of 49 centuries by playing the upcoming one-day matches this year. That’s what Banger thinks

In a recent event, Bangar said, “What a great cricketer Kohli is. He is breaking records one after another, can you imagine? He has 44 ODI centuries now. It is not easy to do this in such a short time. But I think this year will also be 50. India will play 26-27 ODIs this year. If India can reach the World Cup final, there is a good chance for Kohli to break Sachin’s ODI century record.”

He also said, “He gives his hundred per cent when he steps on the field. I hope Kohli will give his maximum in the few matches he plays this year. He plays regularly in all three formats, for a cricketer like him who plays in all formats, a break is very necessary. In this, you can get on the field completely fresh. But I think, due to this busy schedule in cricket, now he will take more breaks in the T20 format. He will play regularly in 50-over cricket. A batsman of his quality will create many more records in the future”.