Will Riyadh get a place in the XI of the Asia Cup? 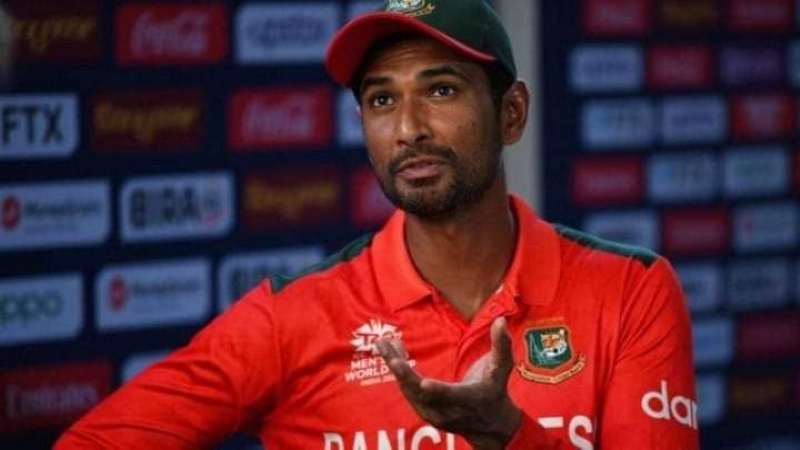 How fast time changes. A few days ago, he was an indispensable player of Team Bangladesh. Was T20 captain. He is now being discussed whether he will be in the Bangladesh team in the Asia Cup. Mahmudullah Riyad quickly saw the reverse side of the coin.

There was doubt whether Riyad, who is known as the silent killer of the country, will be seen in the Asia Cup or not. In the end, he was included in the 17-member team announced by Bangladesh. Was not captain for Zimbabwe tour as he was ‘on rest. Riyad dropped out of the leadership in the Asia Cup. Shakib became the new T20 captain.

Riyad has many achievements such as defeating the English in the World Cup quarterfinals or taking the team to the semi-finals of the Champions Trophy by scoring a century against New Zealand. But the current age is not in his favor. The end of Riyadh has also begun.

His place in the Asia Cup XI is still uncertain. First, he is not the captain, and the number of middle-order batsmen in the team is relatively high. However, team director Khaleh Mahmud Sujan said, Riyadh has a place in the XI. Experience is the factor behind it. Although this cricketer could not utilize his experience from the last T20 World Cup.

Sujan said, “There will be a place for Mahmudullah. He has experience. He has played a lot of matches in this format. I think he has played around 120 matches. We have taken many batsmen. What I am saying repeatedly is not about fixing the position of who will bat where. Riyad might have to bat up, maybe at seven or eight. I don’t know where to use him.”

Sujan added, “We haven’t set ourselves that way yet. I will explain the responsibility to everyone before we go. We will also make it clear what our expectations are. You cannot win international cricket by batting at a strike rate of 106-10. You have to bat at 140-50. “

Time will tell whether Nannu’s expectations will be fulfilled.