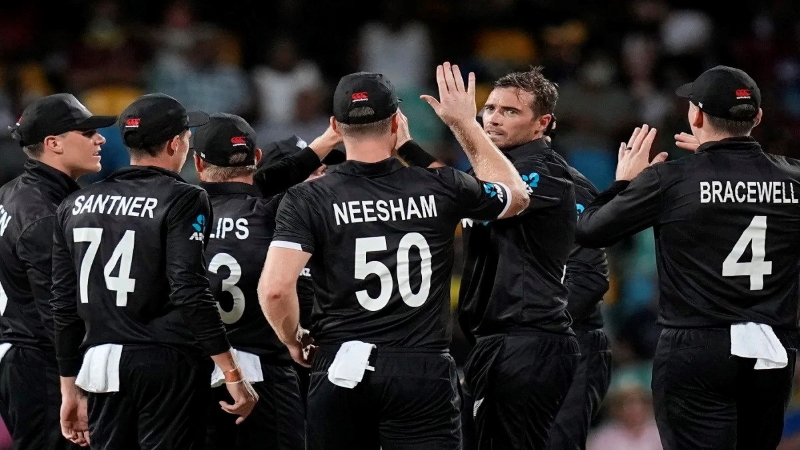 Yesterday, West Indies and New Zealand faced off in the 2nd match of the three-match ODI series. Batting first, New Zealand put up more than 200 runs and set the target for West Indies. But after came to bat, West Indies lost all the wickets at regular intervals before reaching the target and lost the match too. On the other hand, Finn Allen won the man of the match award for New Zealand with astounding batting.

The West Indies cricket team restrained New Zealand’s great journey in the World Cup Super League. The Kiwis lost to the Caribbean by 5 wickets in the first ODI of the three-match series. But Williamson’s team did not take time to turn around and equalized the series by winning by 50 runs in this match.

In this victory, New Zealand became the fifth team to score a century (points) in the World Cup Super League. After playing only 11 matches, they got 100 points in 10 wins. The other four teams to score centuries before the Kiwis are Bangladesh (120), England (125), Afghanistan (100), and Pakistan (110).

The story of the two innings is almost the same. In both the innings, the pacers smashed the top orders with their astonishing bowling, but batsmen in the middle order and lower order took the team to a respectable position. One of New Zealand’s recognized batsmen played an innings of 96 runs, that was great innings and the match was won by the Kiwis.

Batting first, New Zealand players were all bowled out for 212 in a rainy match at the Kensington Oval in Barbados. In response, the Caribbean lost 6 wickets in ten overs of the power play. The ninth wicket reduced the gap of the defeat. However, they could not score more than 161 runs. As a result, they left the field with a loss.

Earlier in the first innings of the match, Alzari Joseph and Jason Holder started smashing bowling in the power play. New Zealand lost three wickets for just 31 runs in the power play for these two bowlers. From there, Finn Allen’s 96 (7 fours and 3 sixes) which was the best of the match, Daryl Mitchell’s 41, Mitchell Santner’s 41, and Trent Boult’s 16 runs gave the kiwis a winning collection. In addition, the rest of the players scored 29 runs altogether.

In the 2nd innings, New Zealand’s two star pacers, Trent Boult and Tim Southee had showered stormy bowling on the top order of the Caribbean. The West Indies were completely knocked out of the match in the opening spell of these two. Where only 27 runs were scored, six batters returned to the dressing room. Both Southee and Boult took three wickets each.

Akeal Hosein, Keacy Carty, and Yannick Cariah tried to resist after falling 6 wickets for only 27 runs. Another 45 runs came in the seventh and eighth wickets. However, the host team was in danger of losing 8 wickets for 72 runs. The rain came shortly after and reduced 9 overs from 50 overs.

Nine over was reduced but the rain law reduced just one run! That was the new target of 212 runs in front of the Caribbean in 41 overs. Yannick Cariah and Alzarri Joseph gave hope to the hosts when the game started after the rain. The two also created a slight chance of victory with their great batting.

85 runs came from their partnership off 10.4 overs. Which is West Indies’ highest for the ninth wicket. Back to the attack in the second spell, Southee bowled Joseph in the 35th over of the innings. That’s the end of all West Indies’ hopes. Joseph scored 49 runs off 31 balls with five fours and two sixes before getting out.

Cariah could not go further after that. 52 runs came from the bat of Cariah in the first fifty of his career before he was caught out by Mitchell Santner. For New Zealand, Southee took four wickets, Boult three, besides Santner and Glenn Phillips took one wicket each.

Player of the match – Finn Allen 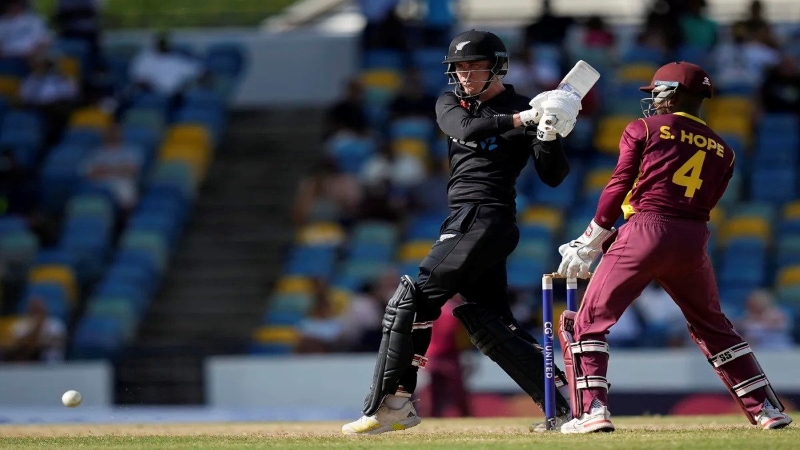