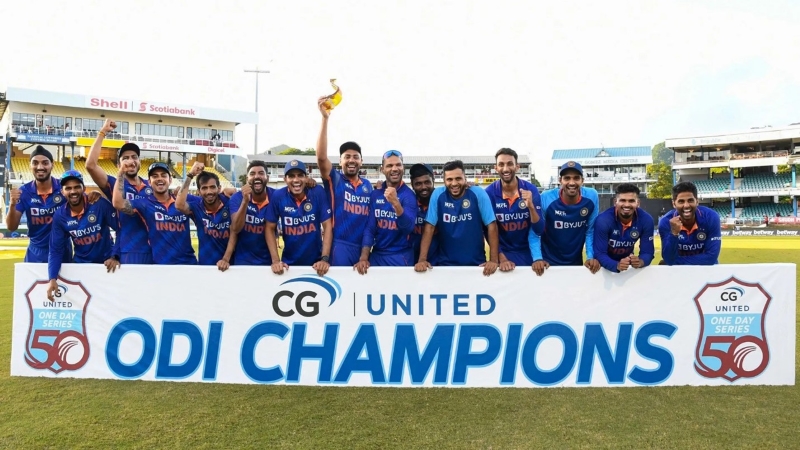 Visiting India defeated hosts West Indies by 119 runs on the Duckworth–Lewis method in a rain-interrupted match at Port of Spain in Trinidad on Wednesday. With this victory, the visitors have whitewashed the Caribbeans 3-0 in the three-match ODI series.

Indian captain Shikhar Dhawan won the toss and elected to bat first and sent the hosts to bowl. Skipper Shikhar and opener Shubman Gill made a hundred run-partnership after coming down to open the innings.

Hayden Walsh broke the opening pair of 113 runs. Shikhar was caught by Nicholas Pooran. The Indian captain returned to the dressing room after playing an innings of 58 runs from 74 balls, but Gill held one end of the crease. Shortly after this, the match was stopped by rain. India’s innings faced rain twice. The match was reduced to 40 overs after rain at the end of the 24th over.

Then Shreyas Iyer came to accompany Gill and gifted an innings of 44 runs from 34 balls. Akeal Hosein showed him the way to the dressing room before he got more dangerous. Then Walsh came and dismissed Suryakumar Yadav. He made 8 runs playing 6 balls.

Gill, on the other hand, continued his career-best 64-run innings on his way to his maiden century. Sanju Samson came to the crease to accompany him, but the rain again came down as an obstacle. After India scored 225 for 3 in 36 overs, the play was stopped for almost two and a half hours due to rain. As the rain stopped, the match officials decided that 36 overs will be played. As a result, India could not enter the field to bat again.

As a result, Gill could not score the first century of his ODI career. He had to leave the field with only 2 runs. He remained unbeaten after playing a brilliant innings of 98 runs off 98 balls with seven boundaries and two sixes. On the other hand, Samson remained unbeaten on 6 runs.

West Indies got a target of 257 runs in 35 overs due to rain. The hosts suffered a big blow in the second over after coming down to chase the target. Indian pacer Mohammed Siraj picked up Kyle Mayers (0) and Shamarh Brooks (0) in between three balls. Losing 2 wickets in 1.3 overs, West Indies were yet to add a run to the scoreboard. Shai Hope and Brandon King made a partnership of 47 runs for the third wicket.

Yuzvendra Chahal picked up Hope who scored 22 runs. Nicholas Pooran and King kept the Caribbeans in the contest with a partnership of 27 runs. But after King (42) was dismissed by Axar Patel’s arm ball, India went ahead in the match.

The captain, who scored 42 runs from 32 balls, tried to stand at one end but it didn’t work. The Caribbeans needed an average of more than 10 runs per over. In the 22nd over, hopes of victory were for West Indies extinguished after the dismissal of Pooran for the team’s 119 runs. West Indies were all out for 137 runs in 26 overs. As a result, India won by 119 runs.

For India, Yuzvendra Chahal snapped up the maximum number of 4 wickets with 17 runs in 4 overs. Apart from this, Shardul Thakur and Mohammed Siraj took 2 wickets each, and Axar Patel and Prasidh Krishna took 1 wicket each. Shubman Gill was adjudged Player of the Match and Series for his excellent batting performance. These two teams are going to face each other in a 5-match T20I series from July 29.

Player of the match – Shubman Gill

Player of the series – Shubman Gill 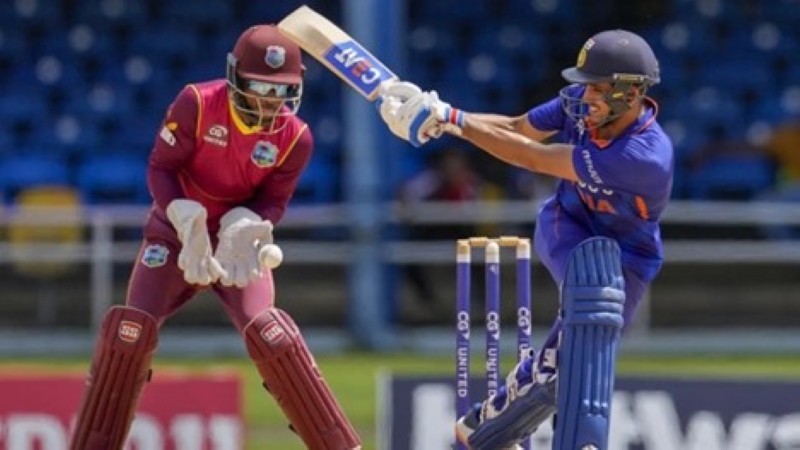