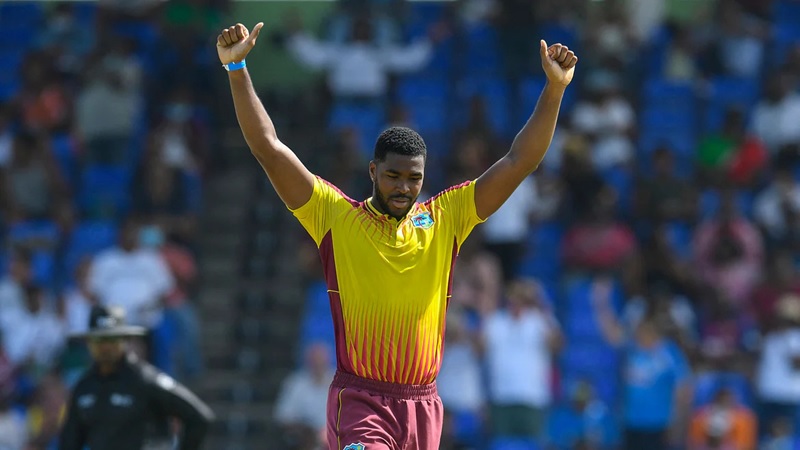 After winning the series 3-0 in the ODIs, visiting India started the T20I series with a bang. Rohit Sharma’s India went ahead in the series with a big win of 68 runs in the first match. However, they lost their rhythm in the second match. The host West Indies turned around very well. Obed McCoy with the ball and Brandon King with the bat helped the Windies to secure a victory by 5 wickets and the five-match series is leveled at 1-1.

On Monday (August 1), the ball rolled on the field 3 hours later than the scheduled time. Although the reason was quite strange. The cricketers reached the field on time, but their equipment arrived late. That’s why the game lagged.

Caribbean captain Nicholas Pooran won the toss and elected to field first at Warner Park in St. Kitts. McCoy showed Rohit Sharma (0) the way to the dugout on the first ball. Another opener Suryakumar Yadav (11 off 6) was not allowed to be terrible by this left-handed pacer. India lost 2 wickets for 17 runs.

In between, Rishabh Pant raised a small storm of 24 runs off 12 balls. But the Caribbean bowlers blocked India’s run wheel with well-controlled bowling. Hardik Pandya (31 from 31 balls) and Ravindra Jadeja (27 from 30 balls) got runs but could not open their hands.

Then McCoy took 3 wickets in the 19th over. Dinesh Karthik (7), Ravichandran Ashwin (10), and Bhuvneshwar Kumar (1) were dismissed by him. With 2 balls left in the innings, India was all out for 138 runs.

The 25-year-old McCoy took wickets on the first and last ball of his spell of 4 overs. He bagged 6 wickets with 17 runs in 4 overs including a maiden. This is now the best figure by a Caribbean bowler in T20Is. Earlier this record was held by Keemo Paul. In 2018, Paul took 5 wickets for 15 runs against Bangladesh in Mirpur.

West Indies were not supposed to have much trouble chasing the target of 139 runs. Opener Brendon King played a great innings to make the Caribbean’s victory much easier. King’s score was 68 runs off 52 balls and as Avesh Khan bowled him, India returned to the fight. The hosts’ score was 107 then.

After that, the Indian bowlers squeezed the hosts. They started to hold the run and increase the pressure slowly. 26 runs were needed off the last 14 balls. At that time Devon Thomas reduced the pressure by hitting Hardik Pandya for a six.

In the last 2 overs, the Caribbeans needed 16 runs to win. With 10 balls left in the innings, Arshdeep Singh bowled Rovman Powell (5) and West Indies came under pressure again. The equation was to take 10 runs to win in the last over for them.

Rohit Sharma handed the ball to Avesh Khan. But the right-handed pacer gave a ‘no’ ball on the first delivery of that over. All India’s chances ended in that one delivery. Devon Thomas hit a six in a free hit. He hit a boundary on the next ball to confirm the win. With 1 four and 2 sixes, Thomas left the field as the winner after playing an innings of 31 runs from 19 balls. These two teams will meet in the third match of the series today.

Player of the match – Obed McCoy 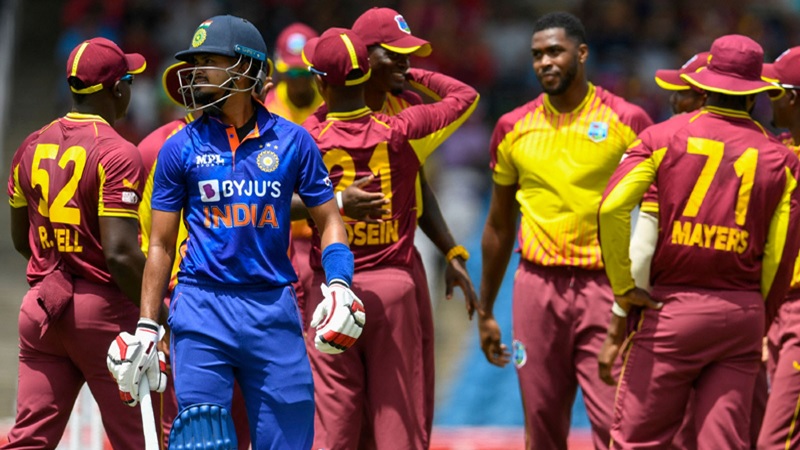