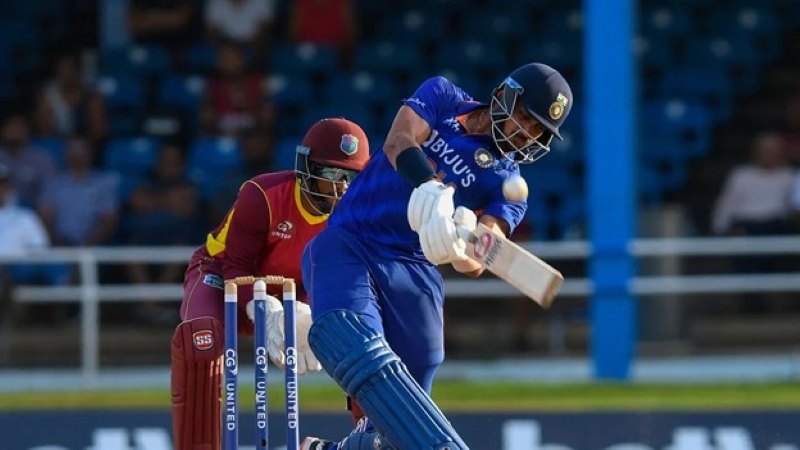 Batting first in Port of Spain of Trinidad on Sunday, the hosts West Indies scored 311 runs thanks to Shai Hope’s century. In reply, Akshar Patel shined on a day when India’s recognized batsmen couldn’t do well. His blistering innings of 64 took the visiting India to victory with two balls left in the game.

India secured the series with one match in hand thanks to the win by 8 wickets. Besides, they have won 12 consecutive ODI series against the West Indies and set a world record. No other country in the world has won so many consecutive series against a particular country.

After winning the toss, Caribbean captain Nicholas Pooran elected to bat first and sent the Men in Blues to field. Shai Hope made a unique record in the first innings of the match. The right-handed opener scored his 13th-century playing in his 100th ODI.

Shai Hope got out after taking the team score to 300 runs. He scored 115 off 135 balls with 8 fours and 3 sixes before being dismissed in the 49th over of the innings. Hope became only the tenth player in the world to score a century in the 100th ODI.

Apart from Hope, captain Pooran played an innings of 74 runs off 77 balls for the Caribbeans. Kyle Mayers batted in a T20 mood and scored 39 runs off 23 balls with 6 boundaries and a six. Besides, Shamarh Brooks scored 35 runs off 36 balls for the hosts. And at the end of the scheduled 50 overs, West Indies’ collection stood at 311 runs for 6 wickets.

Chasing a challenging target of 312 runs, opener Shubman Gill and captain Shikhar Dhawan scored 48 runs from 66 balls in the opening pair. Shubman scored 43 runs and Dhawan returned to the dressing room with 13 runs. Then Suryakumar Yadav returned to the dressing room with 9 runs, Shreyas Iyer and Sanju Samson took the helm of the team after that. On the fourth wicket, these two made a partnership of 99 runs off 94 balls.

Shreyas scored 63 off 71 balls, he hit 4 fours and 1 six. On the other hand, Samson returned to the pavilion with 54 runs off 51 balls smashing 3 fours and 3 sixes. India needed exactly 100 runs in the last ten overs to win. By then, the first five batters had returned to the dressing room.

Later, in a mission of ten runs per over, Axar made a partnership of 51 runs from 33 balls first with Deepak Hooda. After Deepak was dismissed for 33 off 36 balls, Axar went the rest of the way alone. They still needed 56 runs off 35 balls to win. It came down to 8 off 6 with the help of Axar’s storm.

The left-handed spinning all-rounder sealed the victory for his team by hitting a six off the fourth ball of the last over. Axar remained undefeated after scoring the first ODI fifty of his ODI career with a stormy innings of 64 runs from 35 balls. His innings were decorated with 3 fours and 5 sixes.

For West Indies, Alzarri Joseph and Kyle Mayers took 2 wickets each, and Jayden Seales, Romario Shepherd, and Akeal Hosein took 1 wicket each. These two teams will meet in the third ODI match of the series on July 27 at the same time and same venue.

Player of the match – Axar Patel 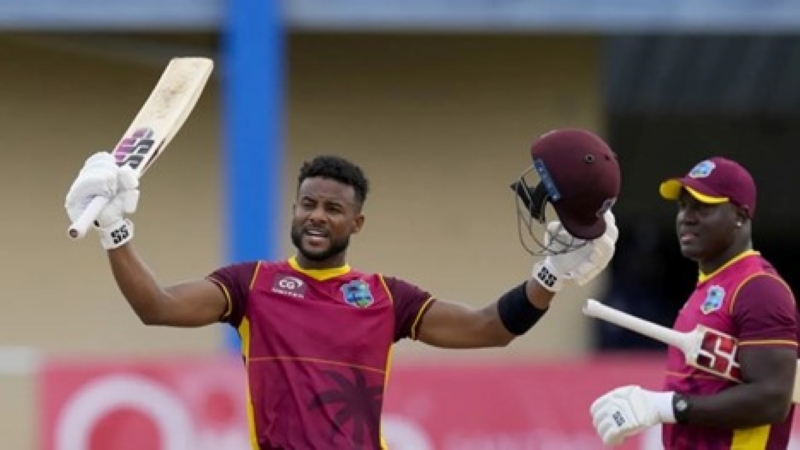