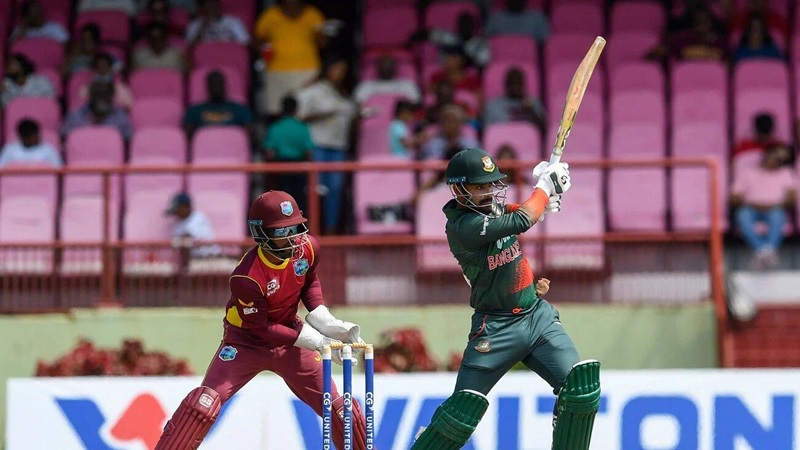 The visiting Bangladesh won by 4 wickets and 9 balls in hand against the host West Indies in the third and final ODI of the series at the Providence Stadium in Guyana. As a result, the Tigers have made the Caribbeans shy of a whitewash by winning the three-match series by 3-0.

With this, Tamim Iqbal won the toss for the third time in the series. Like the previous two matches, he also decided to field first on the day. However, Taijul Islam’s great bowling restricted West Indies to 178 runs in 48.4 overs. This left-arm spinner of the Tiger team took 5 wickets with 28 runs in 10 overs.

In the 3rd over of the innings, Taijul bowled Brandon King (8) on his first ball, who was trying to defend a great turning delivery. Then in his 2nd over, the left-arm spinner also sent Shai Hope (2) to the dressing room.

Mustafizur Rahman was bowling at the other end and was watching Taijul’s whirlwind magic. In the sixth and personal third over of the innings, he also joined the wicket-taking festivities. Mustafiz dismissed Shamarh Brooks (4) with an lbw on the third ball of the over.

West Indies were in danger after losing 3 wickets for just 16 runs. From there, captain Nicholas Pooran and batsman Keacy Carty focused on staying on the wicket instead of scoring quick runs. In the 16th over of the innings, the team’s fifty was completed by these two Caribbeans.

This duo picked up 67 runs after playing 128 balls for the fourth wicket. Nasum Ahmed finally broke this stable pair, and Carty (33 off 66 balls) was caught by Tamim at mid-on while trying to play a hook shot to the left-arm spinner.

After that, the run rate of the West Indies decreased further. The Caribbeans managed to reach 100 runs in 34 overs. Pooran and Rovman Powell picked up only 16 runs from 43 balls at that time. However, in the 37th over, Powell (18 from 29 balls) was bowled by a great delivery from Taijul.

Then in the 39th over, Keemo Paul’s (6) leg came out of the crease while handling Taijul’s whirlwind, and Nurul Hasan stumped him at lightning speed. As a result, the score of the hosts stood at 6 wickets for 125 runs. But Pooran continued to play patiently at one end of the wicket, and Taijul made him his fifth victim. With 4 boundaries and 2 sixes, Pooran, who scored 73 runs off 109 balls, was bowled by this tiger spinner with great delivery.

Alzarri Joseph and Romario Shepherd added 25 runs off 29 balls in the last wicket. Shepherd got life for 12 runs and was bowled out for 19 as the last batter. Mustafizur Rahman and Nasum Ahmed took 2 wickets each and Mosaddek Hossain took 1 wicket.

Chasing an easy target of 179 runs, the visitors lost their first wicket in the team’s 20 runs. Opener Najmul Hossain Shanto returned to the dressing room with only 1 run from 13 balls after getting an edge in Joseph’s delivery and the wicketkeeper caught the ball.

After losing Shanto, Tamim made a partnership of 50 runs (62 balls) with Liton Das. The Tiger skipper was playing with a lot of confidence. However, he had to stop at personal 34 runs. The left-handed opener was caught at fine leg while sweeping Gudakesh Motie.

Despite Tamim’s departure, another great innings came out of Liton Das’ Willow. The right-handed batsman picked up the sixth ODI fifty of his career. However, Liton could not last long after fifty. A brilliant return catch by Gudakesh sent the devastating batsman back to the pavilion. His innings of 50 runs off 65 balls was arranged with 5 boundaries and 1 six.

After just one ball, Gudakesh put Bangladesh under pressure by cleaning up Afif Hossain (0). The Caribbean left-arm spinner took a double wicket maiden in the 25th over. Mosaddek was playing with great confidence after coming down to the wicket. But Mosaddek (14) was caught by the long-off fielder while playing down the wicket Gudakesh. The visitors were under pressure after losing 5 wickets for 116 runs.

After that, with the bat of Mahmudullah and Nurul Hasan, relief returned to the Tiger camp. They added 31 runs off 37 balls. Mahmudullah (26 runs from 61 balls) returned to the dressing room after being stumped by Pooran’s ball. Bangladesh lost 6 wickets for 147 runs, and West Indies were hoping again to win the game.

Nurul and Mehidy Hasan diminished that hope. An unbroken pair of 32 runs off 57 balls was made by this duo. In the end, the Tigers left the field with a victory after overcoming the pressure. Nurul remained unbeaten on 32 off 38 balls smashing 4 boundaries, and Mehidy on 16 off 35 balls.

Player of the match – Taijul Islam

Player of the series – Tamim Iqbal 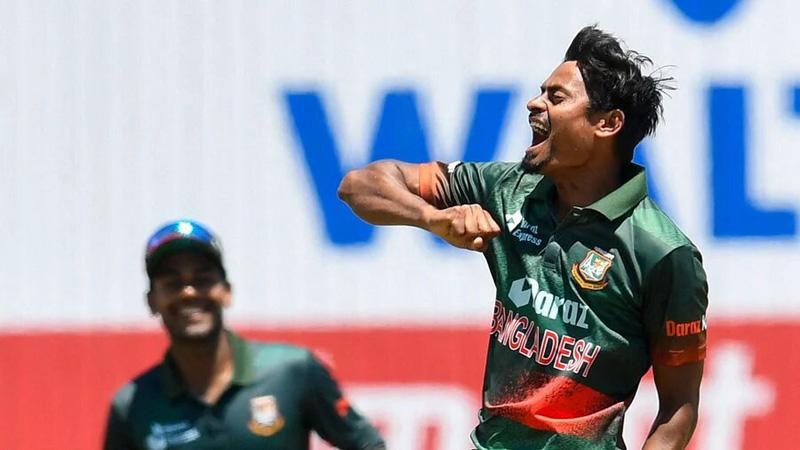