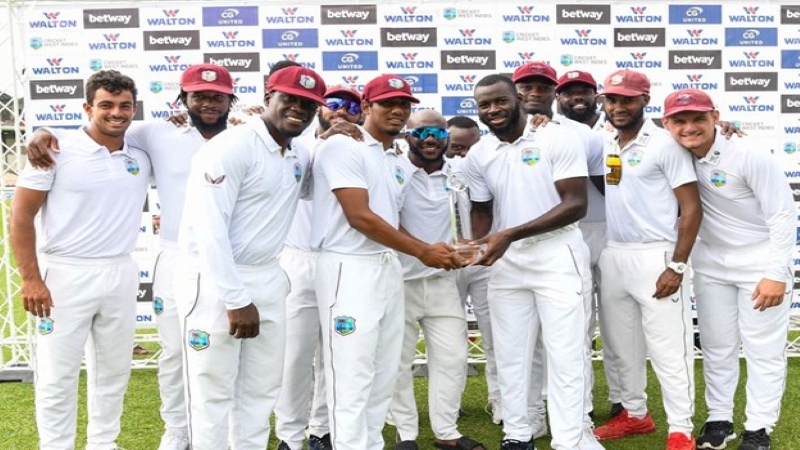 The loss was almost certain for the Tigers. At the end of the third day, the fate of visiting Bangladesh was decided. A situation of getting defeated by an innings arose in front of the visitors. However, the Tigers did not get ashamed after overcoming that fear. Bangladesh got a 12-run lead by avoiding the innings rate due to the brave batting of wicket-keeper batsman Nurul Hasan.

As a result, a target of only 13 runs stood in front of the host West Indies. The Caribbeans needed just 17 balls to reach this target. West Indies have won the St. Lucia Test by 10 wickets. Kraigg Brathwaite (4) and John Campbell (9) remained unbeaten to achieve this small goal.

The team led by Shakib Al Hasan nearly approached the way of losing the match at the end of the third day in the St. Lucia Test. The goal was the same as the first Test, whether the innings loss can be avoided or not. The visitors had to get 42 more runs to avoid the innings defeat.

In the second innings, Bangladesh could manage to score 132 runs losing 6 wickets after coming to bat on the third day of the match. It is to be noted that the visiting team that’s been led by one of the most prolific all-rounders of the world, Shakib Al Hasan got wrapped up scoring 234 runs in the first innings. Later, West Indies put up a big collection of 408 runs with a lead of 174 runs.

The wet field saved the defeat of Bangladesh for a long time. The groundsmen could not prepare the outfield in the first two sessions of the fourth day. Finally, the game for the day commenced after the Tea break. Nurul (16) and Mehidy Hasan (0) came down to bat in the mission to avoid defeat.

The visitors were able to survive only 9 overs in front of the Caribbean bowlers. Mehidy Hasan made 4 runs in the fourth over of the day. Bangladesh still needed 26 runs to avoid an innings loss. There was fear. However, Nurul Hasan has allayed that fear.

Playing in T20 style, he has saved the team from the shame of innings defeat. With his fifty off 40 balls, some lead was added to the Bangladesh scoreboard. Although it was not very big. But his result forced the West Indies to bat for the second time in this match.

When Ebadot Hossain and Shoriful Islam returned with zero runs, Nurul avoided the innings by keeping the strike to him. He hit four and six off two balls in one over by Alzarri Joseph to take a 10-run lead. When the last batsman Khaled Ahmed was run out, Bangladesh’s innings stopped at 186 runs.

In the absence of a partner, Nurul remained unbeaten on 60 off 50 balls with 6 fours and 2 sixes. This is the third half-century of his career, where he has done it all on Caribbean soil against them.

Among the Caribbean bowlers in the second innings, Kemar Roach, Alzarri Joseph, and Jayden Seales took 3 wickets each.

Earlier, the hosts won the 1st Test of the series by 7 wickets in Antigua. As a result, the Caribbeans whitewashed Bangladesh and clinched the title of the 2-match Test series by 2-0. Kyle Mayers was named Player of the Match and Player of the Series for his outstanding performances in the 1st and 2nd Tests.

These two teams will again meet in the 1st match of the 3-match T20I series on July 2 at Windsor Park in Dominica.

Player of the match – Kyle Mayers

Player of the series – Kyle Mayers 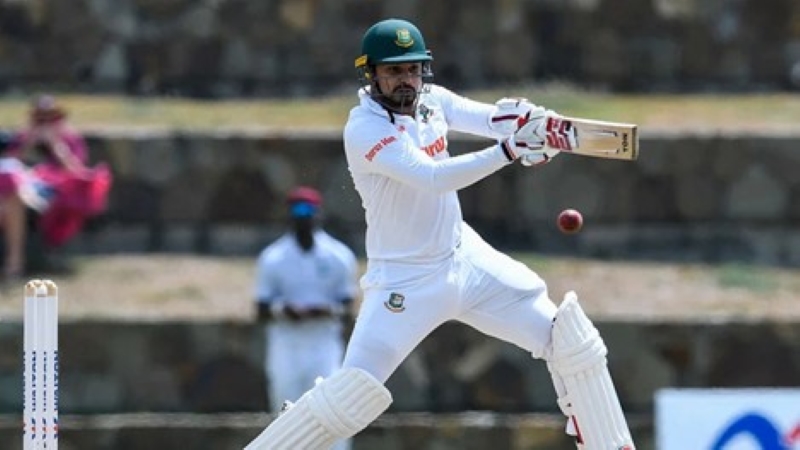