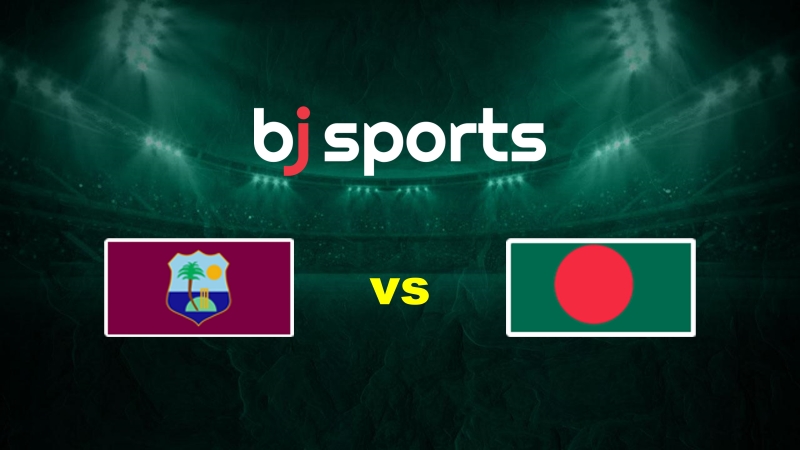 On Wednesday morning, the West Indies face Bangladesh in the second ODI of the series. After losing both the Test and IT20 series, the visitors won their first ODI of the tour on Sunday. Bangladesh completed a 150-run chase with 6 wickets and 55 balls remaining. This game kicks off at 09:30 a.m. at Providence Stadium in Guyana.

West Indies had been completely dominant over Bangladesh in recent weeks until Sunday’s game, when they faltered. In this format, the hosts have struggled against strong opposition, but they have the talent to recover.

Bangladesh has won three One-Day Internationals in the last year, defeating South Africa, the West Indies, and Zimbabwe. They are at ease in this format and will be confident of going 2-0 up in the series.

During this game, scattered thunderstorms are expected, with the threat diminishing as the game progresses. Throughout the day, expect high humidity.

In the first ODI, Bangladesh won the toss and elected to bat first. Given that this game is being played at the same location, we anticipate that both teams will want to bat second.

On Sunday, bowlers had the upper hand in both innings, with only West Indies spinners picking up wickets during Bangladesh’s innings. With a par score of 250-270, we expect batters to perform better in this game.

Gudakesh Motie, a 27-year-old left-arm spinner, made his ODI debut in the series opener and was impressed with figures of 1-18 from nine overs. He was perhaps one of the only bright spots for the home team, as no one else stood out. There will be calls for changes, but we believe the hosts will stick with their starting lineup.

Nasum Ahmed, a slow left-arm orthodox spinner, made his ODI debut on Sunday after 22 IT20 appearances. Despite not taking a wicket, he will almost certainly keep his spot after conceding only 16 runs in eight overs, including three maidens. We don’t anticipate any changes for The Tigers in this game.

Bangladesh are the favourites to win this match.

Because of the weather on Sunday, the game was shortened, and there is a good chance that this match will not be a 50-over affair as well. Tamim Iqbal makes a huge difference in Bangladesh, and his presence at the top of the order gives them a lot of confidence. We expect Bangladesh to defeat the West Indies in this ODI.