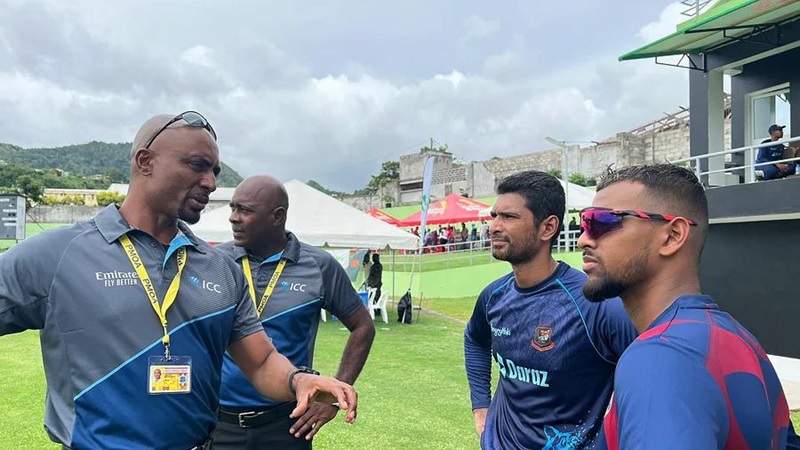 The first T20I match of the series between Bangladesh and the West Indies has been abandoned due to repeated rain interruptions. Bangladesh batted for 13 overs in this match and scored 105 runs for the loss of 8 wickets at Windsor Park, Dominica.

As a cartel over, West Indies were to score 108 runs in 13 overs. When the rain stopped, the spectators were waiting to see the batting of the hosts. At that time, the umpires informed that the game would not start again for the day. In other words, the first T20I match was declared abandoned.

The umpires didn’t really have to do anything. As a rule, the match had to be completed in at least 5 overs within 17:18 local time. But the West Indies could not bat in that period. Due to the wet outfield, the first T20I match of the series between Bangladesh and West Indies started 1 hour and 40 minutes late.

In the beginning, instead of 20 overs, a game with 16 overs was fixed. Later, when the game was stopped for half an hour due to rain, the match was reduced to two more overs. Even then one innings could not be completed. It rained again after 13 overs of Bangladesh’s innings.

After losing the toss and coming down to bat first, Munim Shahriar (2) was caught by the wicket-keeper in the third ball of the first over off Akeal Hosein. The Tigers lost the first wicket after getting only 2 runs on the board.

Anamul Haque hit two boundaries with the first two balls that he played. Playing with confidence, the batsman made a great partnership of 34 runs off 18 balls with Shakib Al Hasan. However, Anamul had to stop after raising a small storm. He became lbw in the fourth over of the innings off Obed McCoy, he scored 16 runs off 10 balls with 3 boundaries.

However, even though Anamul was out, Bangladesh got a flying start in the power play by relying on this pair. They lost 2 wickets in 5 overs and scored 46 runs. After 9 matches, the Tigers got over 40 runs in the power plays.

Liton Das was a bit bland from the beginning. He couldn’t find gaps well. In the end, Romario Shepherd’s slower ball forced him to mistime it, and Liton was caught in the midwicket (9 off 14 balls). Bangladesh lost 3 wickets for 56 runs.

The exception on the day was Shakib. He was the only player from the Tigers camp who was able to bat in T20 style. However, spinner Hayden Walsh did not allow his stormy innings to get bigger. He was caught by the wicketkeeper while playing a slog shot. Before returning to the dressing room, he played a devastating innings of 29 off 15 balls with two fours and two sixes.

After Shakib got out in the eighth over, it started raining. As a result, the match was stopped for a long time. After about half an hour the game started again. Afif Hossain was caught out in the first ball after the break.

Shakib was dismissed in the third ball of the eighth over of the innings by Hayden Walsh and with one ball break, Afif also played the ball into the sky (0 off 2 balls) and Bangladesh lost 5 wickets for 60 runs.

Mahmudullah was expected to take some risks as captain, instead of playing aggressively, he made his way to the dressing room playing a slow innings (13 balls 8). In the same over of Shepherd, Mahedi Hasan (1) was caught behind the wicket and the Tigers lost 7 wickets for 77 runs.

From there, Bangladesh crossed the 100 mark with Nurul Hasan’s bat. Nurul hit two sixes in the 13th over of the innings off Odean Smith. The wicketkeeper-batsman was caught in the cow corner after trying to hit another six with the force of his wrist in that over. In 1 four and 2 sixes, a stormy innings of 25 off 16 balls came out of his willow. Nasum Ahmed was still on the wicket with 7 runs off 4 balls.

Romario Shepherd snapped up the highest number of 3 wickets for the West Indies. Hayden Walsh took two wickets and Akeal Hosein, Obed McCoy, and Odean Smith took one wicket each. Today, in the second match of the series, the two teams will face each other at the same venue at the same time. 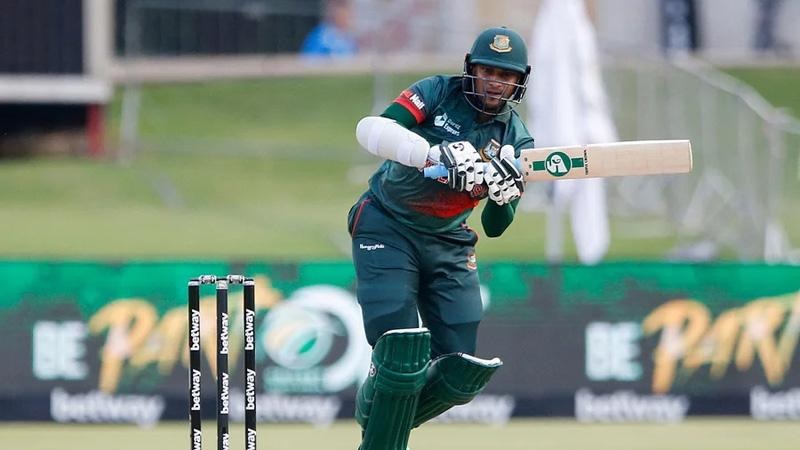