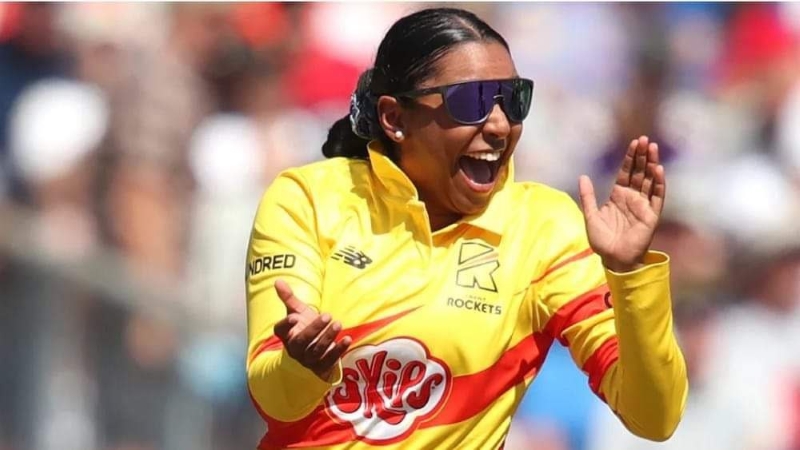 A few days ago in Birmingham, against Barbados Alana King missed hat-trick in the Commonwealth Games match. She set a precedent within two weeks. King became the first bowler in the women’s hundred to pick-up a hat-trick. With that, her name is written in the record book.

Alana King finally made up for it with a hat-trick for Trent Rockets against Manchester Originals. She set a precedent in the women’s The Hundred. Her name was written in the record book. She is the first bowler to score a hat-trick in women’s cricket.

King was also in the Australian team at the Commonwealth Games. She also got a hat-trick opportunity in Birmingham. But failed to do that. A hat-trick was finally picked-up against Manchester in England’s T20 competition. King took 4 wickets with 15 runs in the match.

King dismissed Cordelia Griffiths, Sophie Ecclestone and Kate Cross for three balls in succession to guide Trent to a 43-run victory. King dedicated the feat to his idol, the late Aussie leg-spinner Shane Warne, after setting the precedent from 22 yards at Old Trafford.

In the interview, King said, “Warne is my role model. I’ve dedicated this achievement to him. I think he (Warne) has seen it. I’m proud to be able to spin the ball. I’m very happy to set this precedent at Old Trafford.”