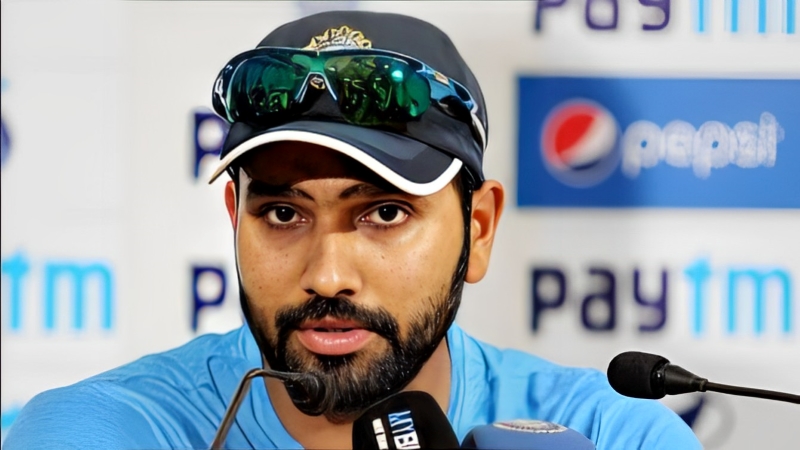 Ahead of the second ODI against visiting Sri Lanka in Kolkata, the Eden Gardens were lit up with laser lights. Even at the end of the game, Rohit Sharma’s team kept that light. The Indians defeated the Lankans by 4 wickets. They won the series with one match in hand in the three match series. At the end of the match, captain Rohit Sharma praised his teammates.

However, the Indian top order batsmen did not do well in Thursday’s low-scoring match. The hosts won thanks to the solid batting of Lokesh Rahul in the middle order and Hardik Pandya in the lower middle order. Kuldeep Yadav contributed to the bowling. The leg-spinner helped the Lankans by bagging three crucial wickets to keep score low.

At the end of the match, Rohit’s voice was full of praise about his teammates. After the match, the Indian captain said, “Rahul has batted well in the middle order. He has been batting in this position for a long time. He played an important innings today. If there is a batsman like him in the middle order, the top order batsman can play bravely. He is our strength in this position.”

Kuldeep returned to the Indian team after a long time and won the man of the match award. Praising him, Rohit further said, “Kuldeep played a big role in the team’s victory. He got wickets at crucial times. The best part is that he came back after a long time and bowled with great confidence. It is positive for our team. Hope he continues this streak.”

Meanwhile, with this win over Sri Lanka, India started the new year with their first ODI series win. This ODI cricket will be the biggest test for Indians this year. Indians are gearing up to face the challenge of winning the World Cup at home. From now on, India is in the rhythm of planning and going to the field. The cricketers are also performing regularly after recovering from injuries.