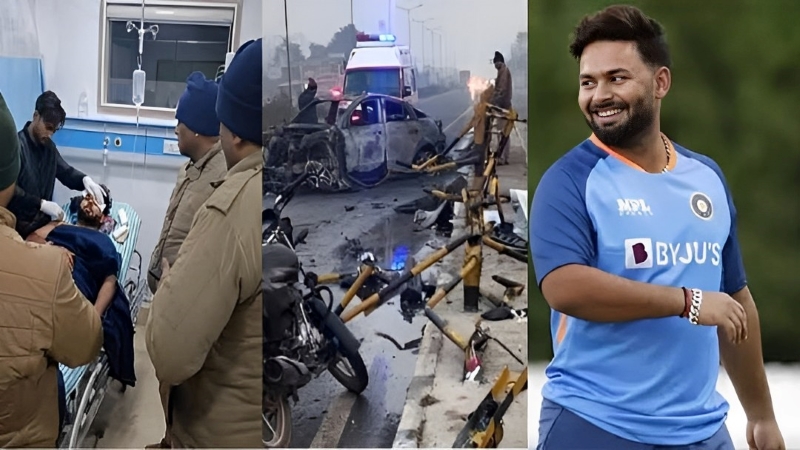 India’s wicketkeeper batsman Rishabh Pant suffered a terrible road accident on December 30. Since then, this Indian cricketer has been in the hospital. However, all the news about Panth’s physical condition began to circulate through social media. But till now no message came from Panth. Fans – supporters also wanted to hear from the mouth of the favorite star, how is the favorite star! Panth himself tweeted for the first time after the accident with good news for the fans. Where he has given hope to the fans.

After the accident, it is known that Panth got injuries in different parts of his body. The knee ligaments are severely damaged. After that he also underwent surgery. According to news sources, his surgery was successful. He is on the way to recovery. Now he said how he is on Twitter.

Pant expressed gratitude for the support of the fans. He also said that the surgery was successful. In a tweet, he wrote, “I am humbled and grateful for all the support and wishes. I am happy to inform you that my surgery was a success. The road to recovery has begun and I am ready for the challenges ahead. Thanks to BCCI, Jai Shah and government officials for their incredible support.” I’m looking forward to a speedy recovery.”

Pant is currently at Kokilaben Hospital in Mumbai, India. He is on the way to recovery there. According to the Indian Cricket Board, three ligaments in his knee have been completely torn. Of these, the third one is said to have undergone surgery. According to board sources, his injury is similar to Jadeja’s. Jadeja has been out of the team for a long time due to a back injury. He could not return to the main team yet. Jadeja is waiting to return to the team after a fitness test.

And for this accident of Pant, he has been dropped from several series in India. He will not be able to play in the upcoming IPL. Not only the IPL, but also the one-day World Cup held on Indian soil, this wicketkeeper Markute Batter can be knocked out. He will not be able to enter the field very soon even after recovering and returning to normal condition. You have to wait for a long time to return to the field fully fit. According to the information provided by the doctor from the hospital, it may take six months or more for him to return to full fitness. It is believed that Panth may not be able to play cricket this year.