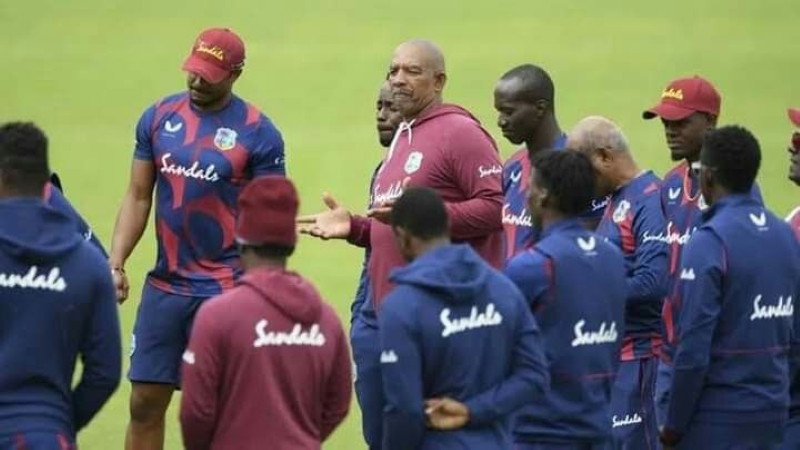 Since the 2019 World Cup, West Indies having tough times in ODIs. Since then, they have played a total of 39 innings in ODIs out of which only 6 times they have managed to bat full 50 overs. They played 8 ODI matches at their home ground and lost 7 matches of them this year. This batting failure is what worries the Caribbean head coach.

West Indies will face India in the ODI series at home. Before that, the head coach of the team, Phil Simmons, requested the Caribbean batters. He said, ”The main thing is how we will bat 50 overs. We have to bat 50 overs, organize the innings and build pairs. Someone has to score a century and keep the team going. This is what needs to be done in terms of batting.”

In the last series, the Caribbean bowlers were unsuccessful despite the Bangladeshi bowlers showing magic on the wicket of Guyana. However, Simmons does not see much shortage of his own cricketers in this place. He said, ”The better the wickets we get, the better our batsmen and bowlers will be. ”

Simmons added, “We have spoken to a few cricketers at the moment. Every day our bowling and fielding has been improved. We have been working hard on the fielding and have improved a lot.”

Simmons added, ”Many would say our bowlers needed to take more wickets. But when we fielded on that wicket, it was not possible because the wicket was much better. Because the roller was moved on the wicket for the second time. The wicket has dried up a lot since earlier. ”

The Caribbean coach also said, “We have to focus on stopping the runs and taking more wickets. That’s how we can keep the runs down. And we have to bat the entire 50 overs. Only then can we win the match.”