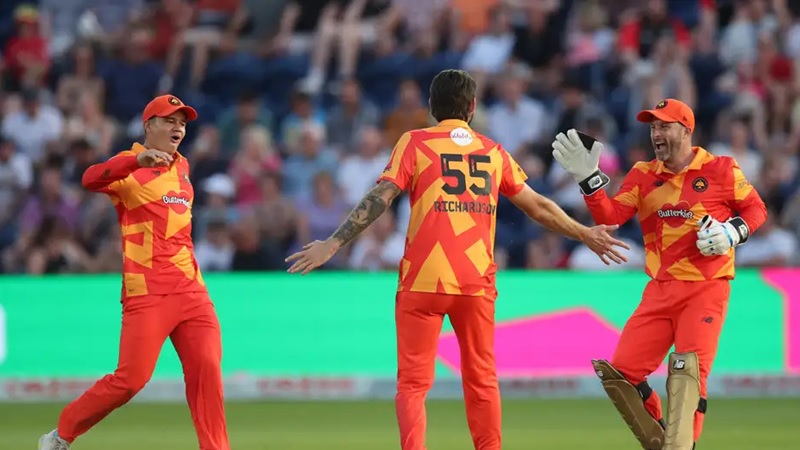 Birmingham Phoenix has registered a stunning 4-run win over Welsh Fire at the Sophia Gardens in Cardiff on Saturday in the 12th match of The Hundred 2022. The victory was secured by Birmingham Phoenix based on an excellent performance by the bowlers. Kane Richardson was selected as the player of the match after taking two wickets and conceding 15 runs.

Welsh Fire captain Josh Cobb won the toss and elected to field first. Coming down to bat first, Birmingham Phoenix was able to score 130 runs by losing 7 wickets in the 100-ball due to the aggressive bowling of Welsh Fire.

Birmingham Phoenix stumbled at the beginning of the match. The in-form batter Will Smeed returned to the pavilion when the team didn’t get a single run. Then captain Moeen Ali tried to bring the team back into the match by pairing up with opener Chris Benjamin. But he also failed in that. As a result, Birmingham Phoenix lost 4 wickets to score 35 runs.

Moeen (10), Liam Livingstone (4), and Chris Benjamin (18) returned to the pavilion one by one. Then the team was led by wicket-keeper batsman Matthew Wade who came to the crease for the 5th wicket. He was accompanied by Miles Hammond (17). Birmingham Phoenix picked up 50 runs off 50 balls for both of them.

However, Birmingham Phoenix scored 80 runs in the last 50 balls. Where Matthew Wade and Benny Howell played the key roles. Wade scored 38 off 30 balls, with 1 four and 3 sixes. On the other hand, Howell remained unbeaten by playing a stormy innings of 22 runs off 11 balls. Besides, Tom Helm scored 13 runs.

David Paine and George Scrimshaw took the maximum number of 2 wickets each for Welsh Fire. Besides, Jake Ball, Adam Zampa, and Josh Cobb took 1 wicket each.

Chasing an easy target of 131 runs, wicket-keeper batsman Joe Clarke went back to the dressing room on the second ball of the innings. But then Sam Hain tried to turn around with the team on the 2nd wicket. However, he also returned to the pavilion after scoring 23 runs off just 15 balls for the team’s 28 runs. After a while, Ben Duckett (7) was bowled by Benny Howell and left the field.

After that, the Welsh Fire could not return to the match due to the controlled bowling of the Birmingham Phoenix bowlers. As a result, despite going very close to victory, they could not reach the port of victory. The innings of Welsh Fire stopped at 126 runs after losing five wickets.

Tom Banton scored 44 off 32 balls for the team. Besides, David Miller remained unbeaten with 35 runs off 30 balls. Kane Richardson snapped up two important wickets with 15 runs off 20 balls for Birmingham Phoenix. Besides, Tom Helm took 2 wickets and Benny Howell took 1 wicket each.

By winning this match, Birmingham Phoenix has risen to 3rd place in the points table. On the other hand, Welsh Fire is currently at the bottom of the points table after losing three matches in a row.

Player of the match – Kane Richardson 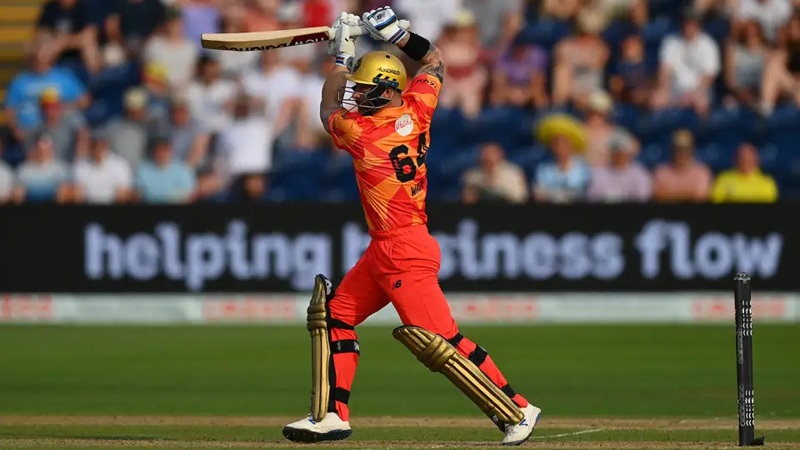