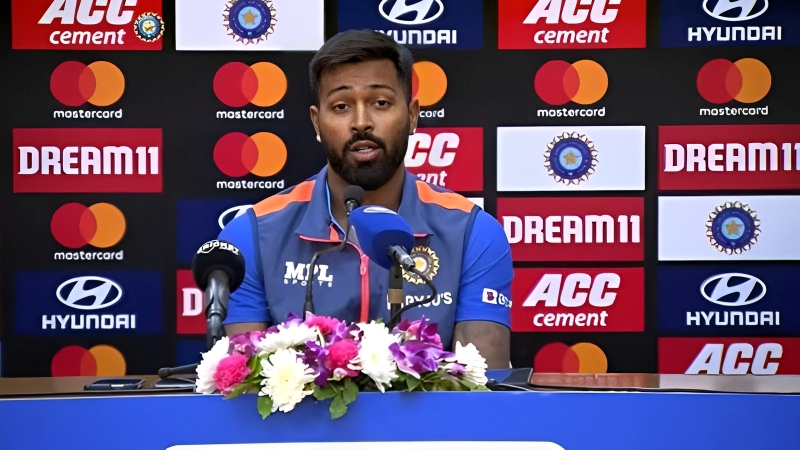 The recently the departed year 2022 was not one to remember for India. Although one of Asia’s cricket superpowers has been successful in the bilateral series. They failed in last year’s T20 World Cup and Asia Cup. As well as the expectation of winning an ICC title also increased. However, Hardik Pandya said that they want to win the World Cup in the new year. According to him, this is the determination of Indians now.

In an interview in this regard, Hardik said, “The year 2022 has been very good for me personally. It seems that I have achieved what I wanted to give on the field. But I did not get what I wanted as a team, the goal was to win the T20 World Cup, but unfortunately, we could not do it. Even if we fail we are not disappointed, failure is part of the game. In the new year, we want to win the ODI World Cup. We are all ready to give our best to win the World Cup. So far everything is going well. Hope we overcome the failures and succeed in the new year”.

Meanwhile, Hardik said about the team’s young cricketers. “There is no dearth of performers in the Indian team. There is healthy competition in the team. When the senior cricketers are on leave, there is an opportunity for the newcomers to prove themselves. This strengthens our reserve bench. In turn, we give that opportunity to the youngsters. We trust the youngsters to go on the field. I dare to play like myself. It benefits the team. They are the best cricketers, so they got a chance in the Indian team. We will trust every cricketer and give enough opportunities so that Indian cricket does not face a shortage of good players in the future.”

However, India’s T20 captain spoke differently about one. He is Suryakumar Yadav. The way this right-handed batsman has performed in the last year, Hardik wants his continuity in the coming days as well. According to Hardik, Suryakumar can be India’s trump card if he is in such flying form. Hardik wants to see this batsman not only in white-ball cricket but also in red-ball cricket.

Note that the ODI World Cup will be held in India at the end of the year. The Asian giants are already planning ahead for that event. The Indian Cricket Board (BCCI) has already decided to conduct an initial performance review of 20 cricketers. They are also wary of injury problems. India does not want to write a story of failure at home.