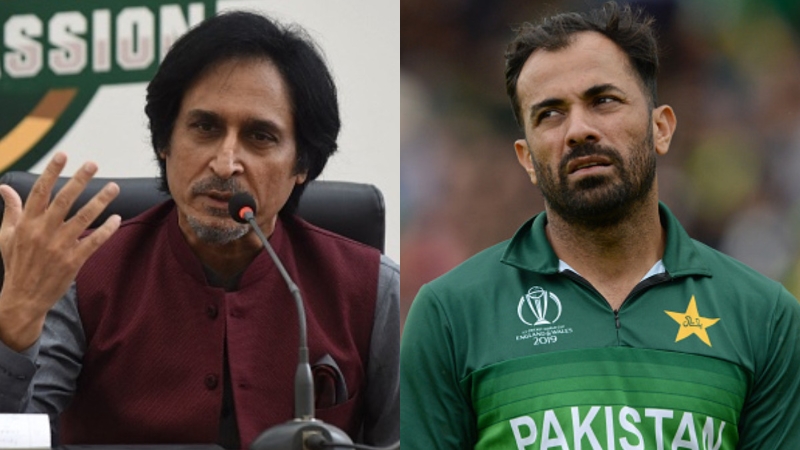 After reaching the age of thirty, Pakistani cricketers are no longer given a chance in the team. Everyone is considered unfit after the age of thirty. And he is claiming that Wahab Riaz was not given a chance because he was over thirty. Wahab Riaz also claimed that the former board chairman of Pakistan, Ramiz Raza, did not reply to this left-handed pacer’s message. He said these things in an interview.

This Pakistani pacer also claimed that his members were not happy under Ramiz Raja. Riyaz’s explosive interview has created noise in the cricket neighbourhood. Riaz said, “There is a lot of criticism after removing Ramiz Raja, I also spoke to a board member. He said he is happy that Ramiz Bhai is gone. So, one thing is clear everyone who worked under him was not happy. Everyone is looking forward to seeing how those who have taken over the board will do.”

This Pak pacer also gave Ramiz Raja four or five messages at that time. But he did not give any reply to Riaz. Riaz also said, “I messaged Ramiz bhai 4-5 times after being dropped from the team. I asked for guidance. I wrote I am waiting for his message or phone call. He never replied. Why? As a cricketer, should I get this help?” Can’t? I’m still a current cricketer. I haven’t retired yet. I don’t know why he hasn’t replied, he can say that.”

After the age of 30, cricketers are not given a chance in the Pakistan team. Making this accusation, Wahab said, “When someone reaches the age of 30, they are considered unfit to play for Pakistan. Look at other countries, even after crossing 30 they are contributing to the country. But the situation in Pakistan is different. They say it will destroy the unity of the team and Performance will be affected. Can you tell who performed better among those they selected?”

“There is a lot of difference between the cricketers of the present era and the previous era. I don’t think anyone got as many opportunities as those players during Ramiz Raja’s era. We got very few opportunities to prove ourselves. Getting more than two matches,” Riaz expressed his anger. No, if you can’t prove yourself in this, you have to be knocked out. Still, the Chief Selector puffed up his chest and said, “This team has given you many happy gifts.”